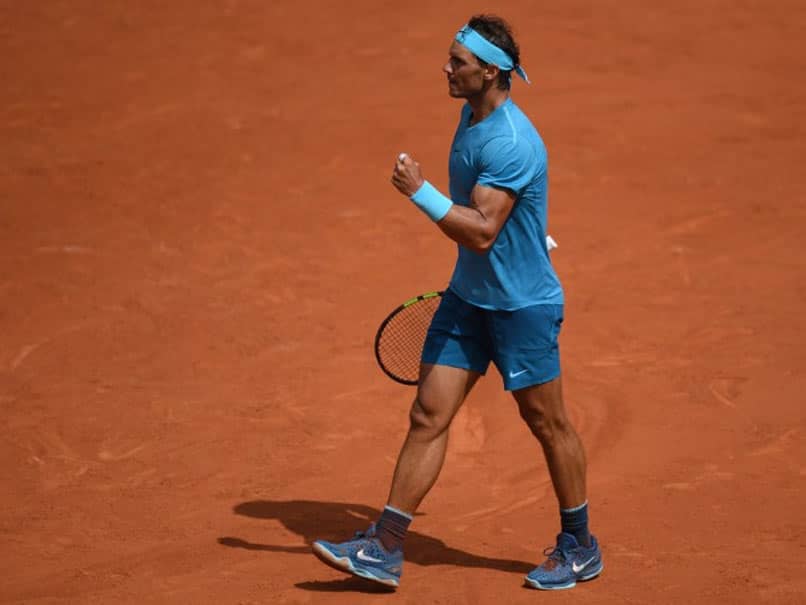 Rafael Nadal moved a step closer to an incredible 11th French Open title on Monday by seeing off German Maximilian Marterer in straight sets to reach the quarter-finals. The world number one's 6-3, 6-2, 7-6 (7/4) victory over the world number 70 saw him equal the record of 12 last-eight appearances at Roland Garros, which was set by Novak Djokovic the day before. Top seed Nadal, who celebrated his 32nd birthday on Sunday, is now on his own in third on the all-time list for most match wins at Grand Slam events with 234 victories after passing Jimmy Connors.

He powered 39 winners past Marterer, who pushed the Spaniard as hard as he could without ever threatening an upset.

"The third set was very difficult, Maximilian is a good player," said Nadal, who has now won 37 consecutive sets at Roland Garros, just four short of Bjorn Borg's record set between 1979 and 1981.

Nadal was caught cold in the opening stages as some big hitting from Marterer brought him the first two games.

But it didn't take Nadal long to figure out his opponent, reeling off four straight games en route to an inevitable one-set lead.

But Marterer -- who was playing in the main draw for the first time -- moved into a 3-1 lead early in the third as he threatened to become the first man to take a set off Nadal at Roland Garros since the Spaniard's 2015 quarter-final defeat by Djokovic.

But the reigning champion quickly hit back before securing a tie-break on his second match point when Marterer fired long, celebrating with a trademark fist pump.

Schwartzman fought back from two sets down to stun Anderson and reach the quarter-finals for the first time.

He was totally outplayed in the first two sets, but twice broke Anderson when the South African was serving for the match to pull off a dramatic win.

The 25-year-old also reached the quarter-finals at last year's US Open.

World number seven Anderson, who was looking to become the first South African man to make the last eight in Paris since Cliff Drysdale 51 years ago, has now lost in the fourth round at Roland Garros on four occasions.