The pair were regarded as two of the best young players of their generation as juniors, but Nadal has won 16 Grand Slam titles while Gasquet hasnever reached a final at the majors. 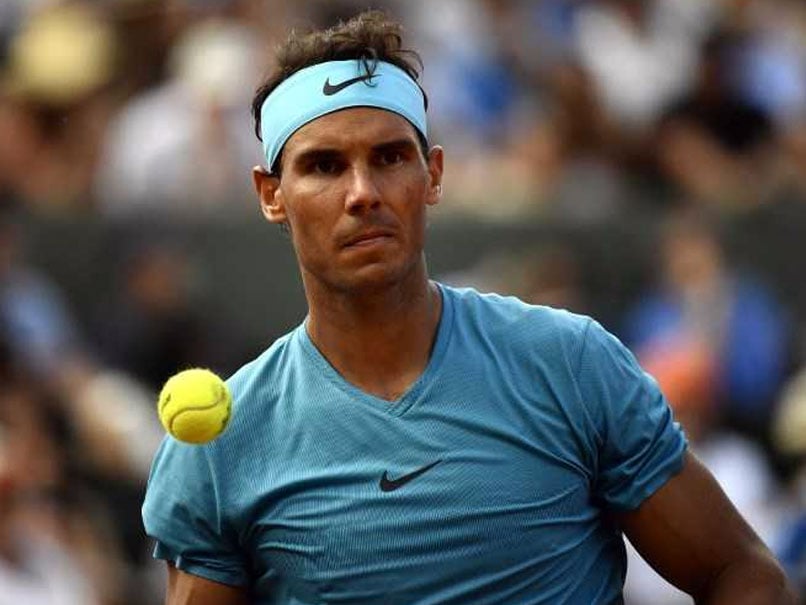 Richard Gasquet hailed Rafael Nadal's "monstrous" game after being swatted aside by the 10-time French Open champion for the 16th consecutive time on Saturday, saying that "it's impossible" once the Spaniard gets his nose in front. Nadal made it 16-0 in his rivalry with childhood friend Gasquet with a comprehensive 6-3, 6-2, 6-2 victory on Court Philippe Chatrier. Gasquet has now lost his last 28 sets against his fellow 31-year-old, a run dating back to 2008. "You see the quality of his ball. He strikes strongly. Deep ball. When he plays on his backhand, he has an intensity which is monstrous," he said.

"You know it, you have to hold on for all points.

"He has a lot of assets. His average ball is very strong. Once he's ahead, it becomes impossible."

The pair were regarded as two of the best young players of their generation as juniors, but Nadal has won 16 Grand Slam titles while Gasquet has never reached a final at the majors.

"I'm disappointed to lose, you always want to do better, but I'm not frustrated," said the Frenchman.

Nadal took his run of consecutive completed sets at the French Open to 34, just seven shy of the record held by Bjorn Borg between 1979 and 1981.

But the world number one played down thoughts that he is unbeatable on clay -- Austrian Dominic Thiem is the only player to win against him on the surface this year in the Madrid Masters quarter-finals.

"I don't know what the others (players) think. All I know is about me," he said.

"What I know is I go to the court, and I know that I could very well lose. I can win, I can lose. I don't come here saying, 'You can't win against

"Of course I have won a lot, and it can maybe influence my opponents. But that's their thing. It's their problem."

Nadal, who lost only two points in the first five games against Gasquet, will next play Germany's world number 70 Maximilian Marterer, who beat Estonian lucky loser Jurgen Zopp 6-2, 6-1, 6-4 after knocking out rising star Denis Shapovalov in the second round.

"He's a player that has a good potential. He hits the ball with big topspin. He has power, so he's a dangerous opponent," said Nadal.

"The other day here against Shapovalov, he was playing at a very high level."

Comments
Topics mentioned in this article
Rafael Nadal Richard Gasquet Tennis
Get the latest updates on Olympics 2020, Olympics 2020 Medal Tally, Live Cricket Score . Like us on Facebook or follow us on Twitter for more sports updates. You can also download the NDTV Cricket app for Android or iOS.