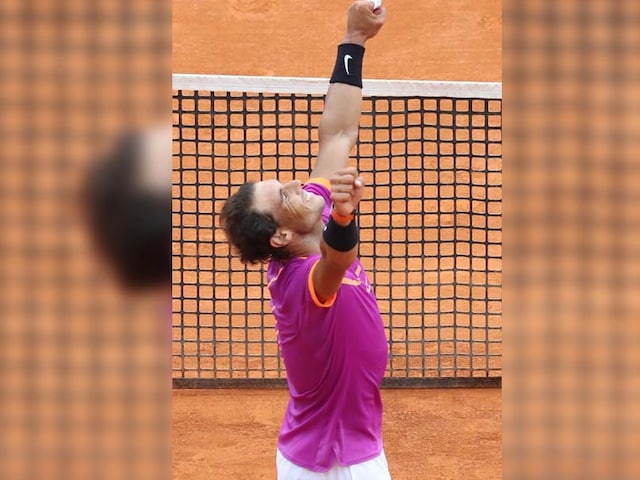 Rafael Nadal won the Monte Carlo Masters for a record-breaking 10th time with a dominant 6-1, 6-3 defeat of Spanish compatriot Albert Ramos-Vinolas on Sunday. The 30-year-old Nadal will be aiming for a 10th French Open title as well next month. It was Rafael Nadal's first title in almost a year and further cemented his place in history as he became the first man in the Open era to win the same event 10 times.

He won eight Monte Carlo titles in a row from 2005 to 2012 but then lost to Novak Djokovic in the 2013 final.He won the title again last year and then added the Barcelona crown a week later, yet had not lifted a trophy since, losing three finals already this year, including January's Australian Open against Roger Federer.

Nadal has now amassed 50 clay titles during his career.

"I cannot explain the feelings that I have," Nadal said. "I had a tough start to the season. When I first played here in 2003 as a qualifier I reached the third round. Now, a lot of years later, this is something I could have never dreamt. Thanks to life for giving me this opportunity."

The left-hander now has 29 Masters titles, one behind the all-time record of 30 held by Novak Djokovic. He has now won an ATP event for the 14th consecutive year after losing his first three finals of 2017.

Nadal was hardly challenged by his 29-year-old countryman, who was playing the best tennis of his career after seeing off world No 1 Andy Murray on his way to the final. The great Spaniard needed just 76 minutes and three match points to see off his compatriot on Sunday.

Nadal will now move on to his home event in Barcelona next week where he will be eyeing another magical 10th title.

Nadal and Ramos-Vinolas played the fourth all-Spanish championship in the Open Era in Monte Carlo, with Nadal winning the 2010 edition against Fernando Verdasco and beating David Ferrer a year later. Nadal now stand 3-0 versus Ramos-Vinolas and has never lost to a countryman in an ATP final, now standing 15-0 in that category.

Comments
Topics mentioned in this article
Rafael Nadal Albert Ramos Tennis
Get the latest Cricket news, check out the India cricket schedule, Cricket live score . Like us on Facebook or follow us on Twitter for more sports updates. You can also download the NDTV Cricket app for Android or iOS.