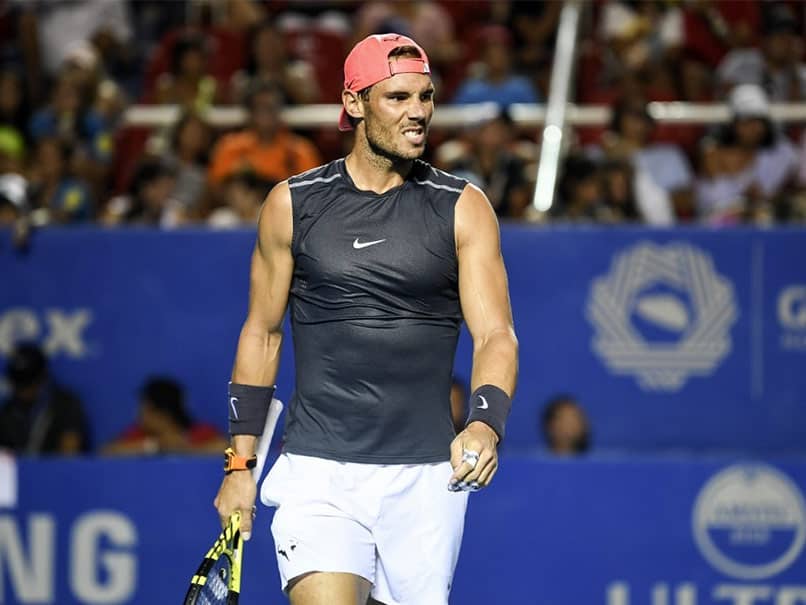 Rafael Nadal is heading the field at the Mexico Open in Acapulco.© AFP

Rafael Nadal is back in action for the first time since his Australian Open quarter-final exit, heading the field at the Mexico Open in Acapulco. A two-time former champion of the tournament, Nadal was knocked out in the second round last year by mercurial Australian Nick Kyrgios in a match that sparked angry words between the two. Nadal accused Kyrgios of "lacking respect" after he served underarm in their 2019 clash, but the Spaniard said Monday he felt no lingering resentment. "Last year, I lost a tight match that I should have won, but it's part of our sport and I don't have a bad memory of that," Nadal said.

World number two Nadal has a chance to return to the top of the rankings this week -- if he lifts the trophy and Novak Djokovic fails to reach the semi-finals in Dubai.

Nadal will open his Acapulco campaign on Tuesday against 54th-ranked compatriot Pablo Andujar.

"We know each other well, we played since we were 13 or 14 years old, he is a good friend," Nadal said. "The first games are always complicated, but I'm looking forward to doing well."

Kyrgios, seeded sixth and in the opposite half of the draw from Nadal, opens Tuesday against France's Ugo Humbert.

Novak Djokovic Nick Kyrgios Tennis
Get the latest updates on IPL 2021, IPL Points Table , IPL Schedule 2021 , live score . Like us on Facebook or follow us on Twitter for more sports updates. You can also download the NDTV Cricket app for Android or iOS.