Defending champion Novak Djokovic went level with Boris Becker's mark of 12 appearances in the Wimbledon fourth round on Friday despite a mid-match blip. Roger Federer and Jimmy Connors lead the way with 16. 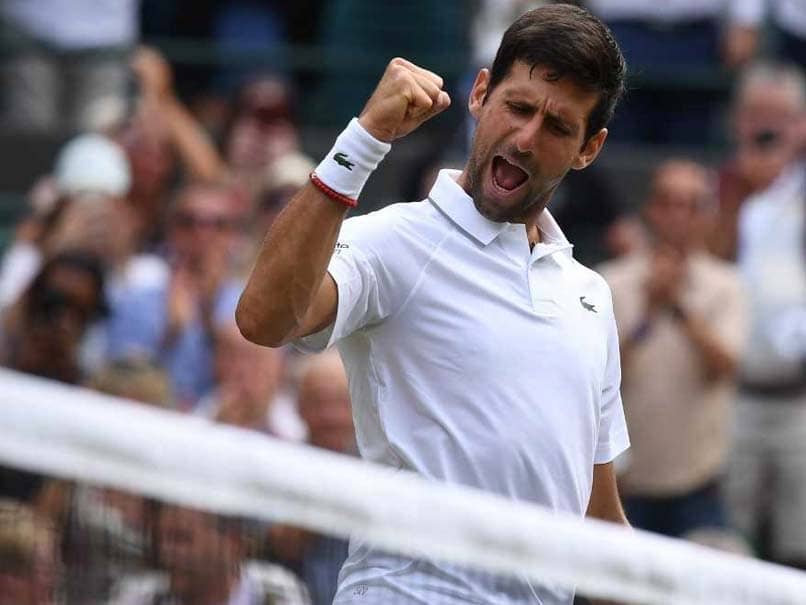 Defending champion Novak Djokovic went level with Boris Becker's mark of 12 appearances in the Wimbledon fourth round on Friday despite a mid-match blip. The world number one and four-time winner defeated Poland's Hubert Hurkacz 7-5, 6-7 (5/7), 6-1, 6-4. He will next face either Canada's Felix Auger-Aliassime who, at 18, is the youngest man in the draw, or Ugo Humbert of France, the world number 66. Djokovic is now level with Becker in third place on the all-time list for last-16 places. Roger Federer and Jimmy Connors lead the way with 16.

Kevin Anderson, the 2018 runner-up, was dumped out of Wimbledon on Friday, leaving just four of the top 10 seeds in the tournament.

The South African's defeat means that only Novak Djokovic, Roger Federer, Rafael Nadal and Kei Nishikori remain of the top 10 players who started out.

"He made life really difficult for me," said Anderson, playing just his second tournament since March after recovering from an elbow injury.

Pella goes on to face 2016 runner-up Milos Raonic for a place in the quarter-finals.

"I played an unbelievable three sets," said Pella, who had never gone beyond the third round of a Grand Slam tournament in seven years.

In the women's event, Czech third seed Karolina Pliskova reached the fourth round for the second successive year with a 6-3, 2-6, 6-4 win over Hsieh Su-wei of Taiwan.

Muchova is making her Wimbledon debut as is 19-year-old Dayana Yastremska and the 35th-ranked Ukrainian marked the occasion by also making the last 16.

World number 60 Zhang made the fourth round for the first time, coming back from 0-4 down in the opening set to beat former world number one Caroline Wozniacki 6-4, 6-2 who failed to see eye-to-eye with the Hawk-Eye line call review system.

Before this year, the 30-year-old Zhang had never won a main draw match at Wimbledon in five attempts.

It was a record which reflected her previous struggles -- she was 0-14 at the Slams until she broke through to the 2016 Australian Open quarter-finals.

On Friday, she fired 26 winners against just eight for Wozniacki, the 2018 Australian Open champion.

Wozniacki's affection for the tournament would not have been helped by her unhappiness at what she claimed to be a number of poor calls by Hawk-Eye.

"You trust that it tells you the right thing. Sometimes you do see the balls a little differently than Hawk-Eye," said the 28-year-old.

The umpire, she claimed, offered to get the system looked at -- for the next match on Court Two.

"Well, I don't have a next match," she grumbled.

Zhang, the first Chinese woman in the last 16 in five years, said: "These three matches, I've moved well. If I want to win, I must be focused, clear my mind and play my game."

Azarenka was undone by 33 unforced errors.

Novak Djokovic Tennis Roger Federer Kevin Anderson
Get the latest updates on IPL 2021, IPL Points Table , IPL Schedule 2021 , live score . Like us on Facebook or follow us on Twitter for more sports updates. You can also download the NDTV Cricket app for Android or iOS.