Novak Djokovic was impressed with the memes of him as the famous superhero Spider-Man and asked fans to send him more. 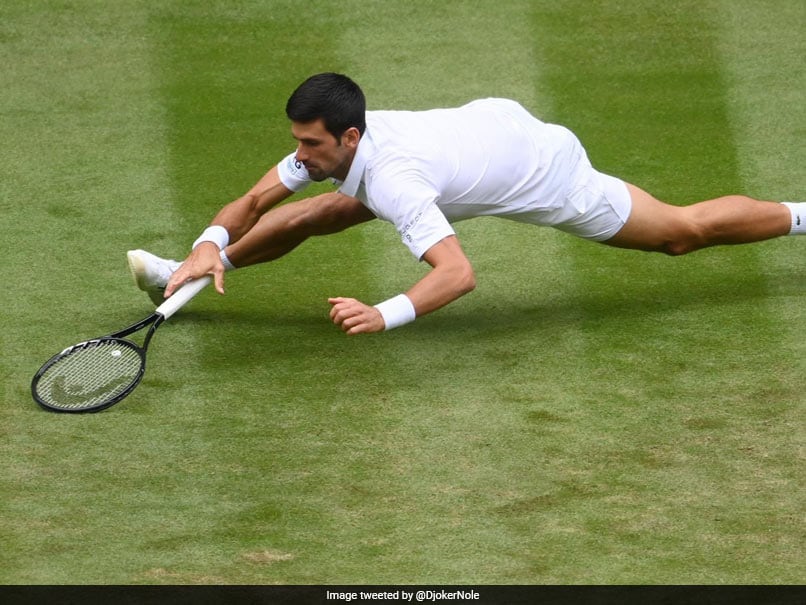 Tennis champion Novak Djokovic appears to be enjoying all the attention coming his way on social media platforms, courtesy of the fitness and flexibility he displayed on the court at Wimbledon. The Serbian player recently created a flutter on the internet after images of him stretching his legs wide to avoid slipping on the grass court at Wimbledonwent viral. Djokovic himself shared the image on his Twitter account and commented on how his pose in the pic resembled that of Marvel comic superhero Spider-Man. Sharing the tweet, he had asked the Internet to "let the memes begin" and well, they did.

Now, it looks like tennis lovers who are fans of Djokovic brought their A-game to the table and impressed the tennis ace with their meme-making skills and sense of humour. Sharing a collection of some of the best memes around the viral image, Djokovic wrote, "The memes are so good guys. Keep tagging me hahaha."

One of the four images shared by the tennis star features Djokovic scaling the Big Ben in London with his long stride. In another meme, Djokovic is placed between two vehicles to appear as if he is straddling them. In the two other images, he is seen climbing buildings with one photo even featuring him alongside Spider-Man himself.

In response to Djokovic's post came more memes, with users vying to impress the Serbian star with their take on the image. Sharing another popular meme, one user suggested that Djokovic was the real Spider-Man given his skills.

With that level of flexibility and strength, one follower even reimagined Djokovic as a track athlete.

There were plenty of tweets that also morphed Djokovic's face onto a Spider-Man image.

Take a look at some of the other funny reactions.

How about this one, Champ? pic.twitter.com/EVrFMnYImD

The Centre Court where Djokovic slipped has come under fire after several key players suffered falls. This includes the likes of Serena Williams and Adrian Mannarino, both of whom slipped during their opening-round games, costing them their respective matches.

Meanwhile, if Djokovic manages to win his sixth Wimbledon title, he will draw level with Roger Federer and Rafael Nadal with 20 Grand Slam titles.

Novak Djokovic Tennis
Get the latest updates on India vs South Africa and check out  Schedule, Results and Live Score. Like us on Facebook or follow us on Twitter for more sports updates. You can also download the NDTV Cricket app for Android or iOS.