Maria Sharapova Returns From Injury, To Play in Wuhan Open

Maria Sharapova missed the US Open due to a leg injury and she will be playing her first tournament since Wimbledon. 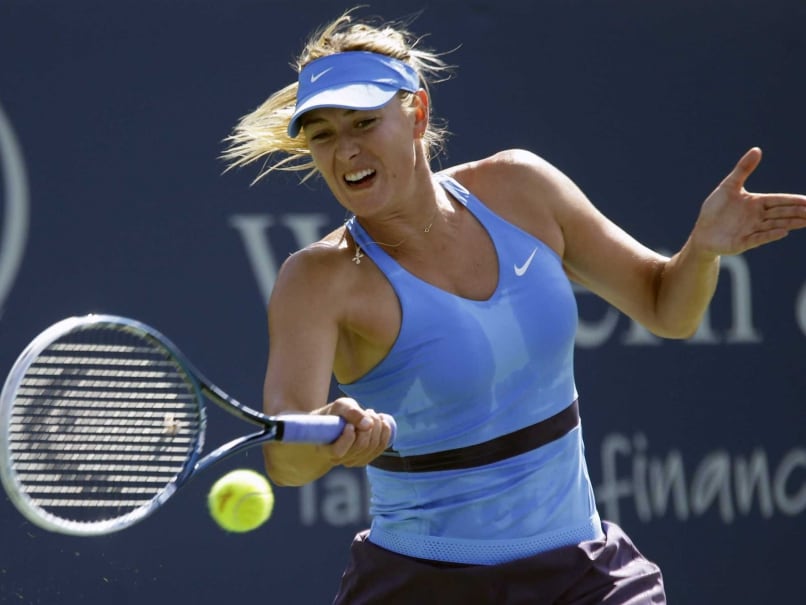 Maria Sharapova was sidelined with a knee injury for two months and that forced her to miss the US Open.© AP
Wuhan:

World number three Maria Sharapova returns from injury at next week's Wuhan Open as she starts her build-up to the WTA Finals season finale. (Maria Sharapova Withdraws from US Open)

Sharapova last played at Wimbledon, where she lost in the semi-finals to Serena Williams for the 17th time in succession. The Russian subsequently pulled out of a WTA event in Toronto and the Cincinnati Masters hoping to be ready for the US Open, but a persistent leg injury kept her out of that one too. (Maria Sharapova Gives Tennis Tips to Boyfriend Grigor Dimitrov)

"I've been working hard to get myself ready to compete again and I can't wait to get back out," the five-time Grand Slam champion said in a statement announcing her wild card entry to the Wuhan Open.

Sharapova is among a star-studded line-up for the USD 2.4 million hard court event, which was only established last year on the back of the success of China's two-time Grand Slam winner Li Na, who was born and raised in Wuhan.

Twenty-eight-year-old Sharapova has already booked her place in next month's WTA Championships in Singapore -- which sees the top eight players on tour fight for the final prize of the year.

But the field remains open for all but the world's top three, and competition at the Wuhan Open is certain to be intense with 18 of the top 20 players attending. Points are close amongst many of the players, and a strong performance from down the ranks could shake up the line up for Singapore.

Serena Williams is sitting the tournament out and US Open winner Flavia Pennetta -- whose surprise grand slam victory saw her shoot up the rankings from 26 to 7 -- withdrew at the last minute with a foot injury.

Pennetta announced her retirement at the US Open final, and could now only have one tournament left before she exits tennis.

But the Italian's appearance at the WTA Finals could be jeopardy if any of the players who sit just below her in the rankings -- Germany's Angelique Kerber, Czech Karolina Pliskova or Spain's Carla Suarez Navarro and Garbine Muguruza -- make it to the quarter-finals or beyond at Wuhan. The points they would earn could push Pennetta out of the top eight.

Romanian Simona Halep enters as the tournament's top seed, and double Wimbledon winner Petra Kvitova is the third seed. The Czech was diagnosed with glandular fever this year but has been given the medical clearance to compete.

Denmark's Caroline Wozniacki is seeded fourth ahead of Muguruza and sixth seed Kerber. Suarez Navarro and Pliskova are seventh and eighth.

All seeded players have a first round bye.

Li will return to her hometown Wuhan for the second edition of the tournament and to open a new 15,000-capacity stadium, its mammoth capacity highlighting the rapid growth of tennis in China.

Li retired from tennis last September on the eve of the inaugural Wuhan Open -- one of three WTA events in China added to the calendar last year -- eight months after winning her second Grand Slam title at the Australian Open.

She gave birth to a daughter Alisa in June.

The first round of the tournament began Friday and will reach its climax on October 3.

Comments
Topics mentioned in this article
Maria Sharapova Serena Williams Tennis
Get the latest updates on SA vs IND 2021-22, check out the Schedule and Live Score . Like us on Facebook or follow us on Twitter for more sports updates. You can also download the NDTV Cricket app for Android or iOS.