Roger Federer delighted his home fans alongside Alexander Zverev, as the European pair saw off Shapovalov and Sock after a dramatic second set. 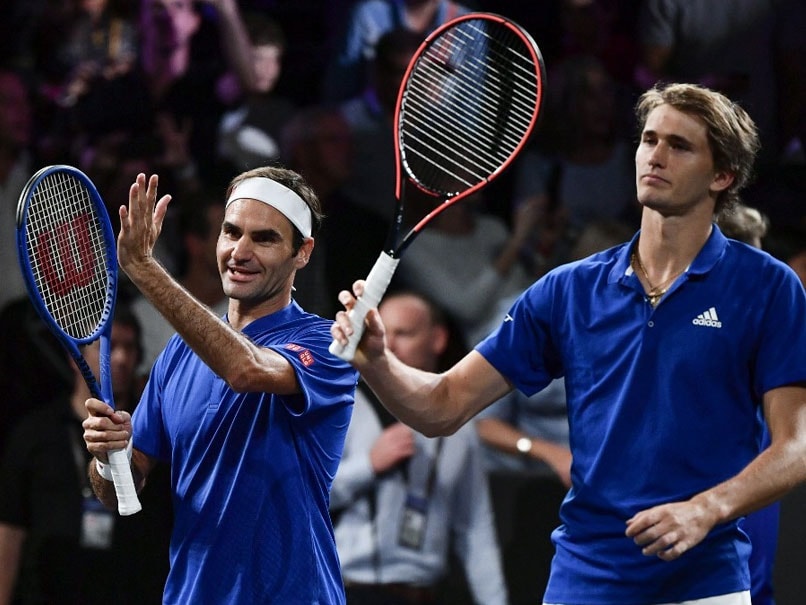 Roger Federer and Alexander Zverev claimed a hard-fought doubles victory over Jack Sock and Denis Shapovalov to give Europe a 3-1 lead over Team World after the opening day of the third Laver Cup in Geneva on Friday. The 38-year-old Swiss delighted his home fans alongside Zverev, as the European pair saw off Shapovalov and Sock 6-3, 7-5 after a dramatic second set. "All of us tennis players travel around the world for 10, 11 months of the year," Federer told a capacity 18,400-crowd at the Palexpo arena.

"There's no place like playing at home, so this is a very special night for me."

But Greek star Stefanos Tsitsipas restored Europe's advantage by downing Taylor Fritz in a super tie-break to win 6-2, 1-6, 10-7, and Federer and Zverev combined to put Europe in control.

The home duo served out a tight opening set after a single break of serve on their fifth set point, but the match came to life in the second.

Shapovalov and Sock broke Roger Federer in the eighth game to level the set at 4-4, before seeing six set points come and go when Zverev was serving at 4-5.

The rest of Bjorn Borg's Europe, including an animated Rafael Nadal, ran to Federer and Zverev's bench to congratulate their teammates on then breaking in the 11th game, and the 20-time Grand Slam champion confidently served out the match to prevent a super tie-break.

"I had two great coaches, one on the court and one of the sideline (Nadal) telling me what to do every point," said German Zverev.

"It was perfect. I could shut down my brain a little bit and do what they told me.

"They're the two greatest of all time and I'm going to listen to them."

Earlier on Friday, Thiem staved off three match points to beat Shapovalov in the opening tie.

The two-time French Open runner-up recovered from 9-7 down in a super tie-break to win 6-4, 5-7, 13-11 against Canadian youngster Shapovalov.

"It's a really special thing with the tie-break in the third, it creates lots of close moments and match points on either side," Thiem said. "It's also a little bit of luck at the end."

Sock's victory over Fognini was his first in singles on the ATP Tour this year.

The world number 210 held his nerve in a second-set tie-break to become the first World player to ever win an opening-day singles match, as Fognini was left stunned despite receiving a pep talk mid-match from Federer.

"I'm sure everybody here is surprised I won a singles match. I had thumb surgery in February and was out for almost six months," said Sock.

"For some reason Laver Cup seems to bring the best tennis out of everyone here."

Holders Europe are red-hot favourites to retain the trophy, with Borg's side facing a visiting team whose highest-ranked player is world number 20 John Isner.

The scoring system sees one point awarded for each win on the first day, two points given for each victory on the second day, and three points on offer in each match on Sunday's final day.

Comments
Topics mentioned in this article
Roger Federer Alexander Zverev Rafael Nadal Tennis
Get the latest updates on T20 World Cup, check out the T20 World Cup Schedule and Live Score . Like us on Facebook or follow us on Twitter for more sports updates. You can also download the NDTV Cricket app for Android or iOS.