Alexander Zverev came from a set down to beat Kevin Anderson as the Europeans successfully defended the title won in Prague last year. 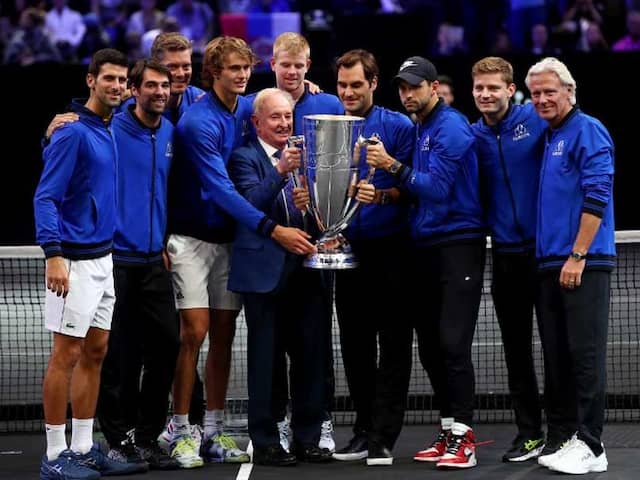 Team Europe retained their Laver Cup tennis crown on Sunday as Alexander Zverev defeated Kevin Anderson to complete a 13-8 win over Team World. Germany's Zverev came from a set down to complete a 6-7 (3/7), 7-5, 10-7 over Anderson as the Europeans successfully defended the title won in Prague last year. "It was such a close match all around, not only this one but all weekend, a few points here and there and it could have been different," said Zverev. "I'm just happy to get the win and we defended the title, that's the most important thing."

Zverev's win was the final act of an enthralling day of action at Chicago's United Center, where the World team had roared back into contention in the day's first rubber.

Europe responded superbly after that early setback however, with the 37-year-old Federer returning to secure a vital three points against Isner in the first singles match of the day.

The win was testimony to Federer's remarkable physical conditioning.

The 20-time Grand Slam singles champion outlasted Isner less than an hour after he had been beaten in the day's opening doubles game.

Federer celebrated the win by performing push-ups on court with his teammates to the delight of the crowd.

Europe skipper Bjorn Borg meanwhile praised the performance of the World team, who were captained by his old rival John McEnroe.

"I'm very proud of my team, we knew it's going to be very difficult to beat Team World with John as the captain," Borg said. "He has a great team, they're very professional."

The next Laver Cup, which is named after Australian legend Rod Laver, will be staged in Geneva in September 2019.

Novak Djokovic Jack Sock John Isner Kevin Anderson Tennis
Get the latest Cricket news, check out the India cricket schedule, Cricket live score . Like us on Facebook or follow us on Twitter for more sports updates. You can also download the NDTV Cricket app for Android or iOS.