The 1-6, 6-3, 6-4 defeat of Caroline Wozniacki, the Danish third seed and former world number one, eliminated the last of the WTA Auckland Classic drawcards, a day after the exit of the two top seeds Serena and Venus Williams. 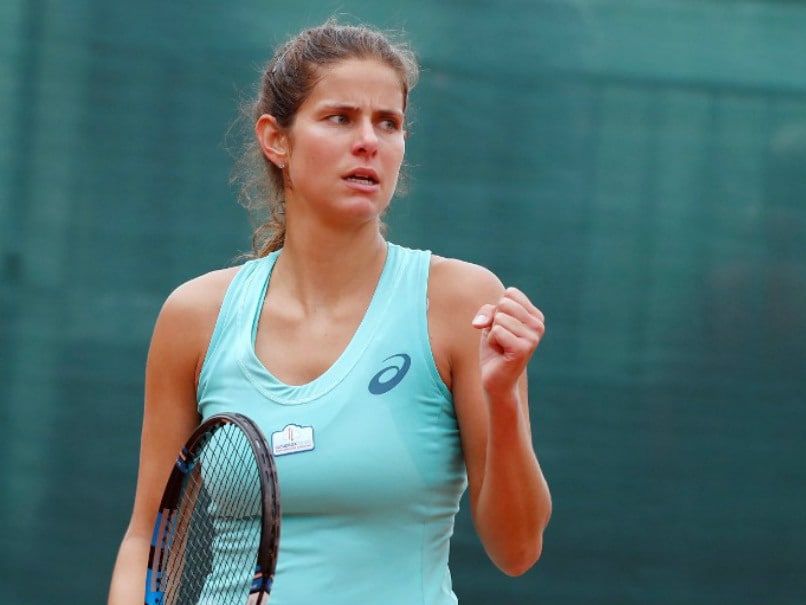 Unseeded German Julia Goerges burst into the WTA Auckland Classic limelight on Thursday with a dramatic come-from-behind win to oust Caroline Wozniacki in the quarter-finals.

The 1-6, 6-3, 6-4 defeat of the Danish third seed and former world number one eliminated the last of the tournament drawcards, a day after the exit of the two top seeds Serena and Venus Williams.

Rain disruptions early in the week meant Goerges did not take the court until Wednesday, when she had straight-sets wins over Anastasia Pavlyuchenkova and Naomi Broady.

But the 28-year-old German appeared lost for the first 10 games of her quarter-final as Wozniacki raced through the first set and took a 3-0 lead.

Then came Goerges' transformation as her first serve found its mark, as did her powerful forehand as she reeled off six straight games to level at one set all.

She pulled away to 5-2 in the third set only to drop a game as she served for the match, but then made no mistake two games later.

Goerges will play eighth seed Ana Konjuh in the semi-finals with Jelena Ostapenko, the seventh seed and only other seeded player to make the final four, up against Lauren Davis.

Konjuh had an easy passage into the final four when Japan's Naomi Osaka pulled out of their quarter-final with a wrist injury.

Osaka, who progressed to the quarter-finals without hitting a ball when Venus Williams defaulted through injury, was down 0-3 in the first set when she decided she could not play on.

Brengle, who pulled off the biggest win of her career when she conquered Serena Williams in the second round, quickly found her range to race to a 3-0 lead in the first set.

But the 19-year-old Ostapenko, despite struggling with her first serve, proved too strong from the baseline. She won five consecutive games to take control in the first set before wrapping up the match in 88 minutes.

After cruising to a 6-1 win in the first set, she found the going much tougher in the second set before prevailing in the tie-break 7/4.

Comments
Topics mentioned in this article
Caroline Wozniacki Julia Goerges Ana Konjuh Madison Brengle Serena Williams Venus Williams Tennis
Get the latest updates on Fifa Worldcup 2022 and check out  Fifa World Cup Schedule, Stats and Live Cricket Score. Like us on Facebook or follow us on Twitter for more sports updates. You can also download the NDTV Cricket app for Android or iOS.