Del Potro, the 2009 US Open winner, was beaten by Djokovic in the final at Flushing Meadows in early September. 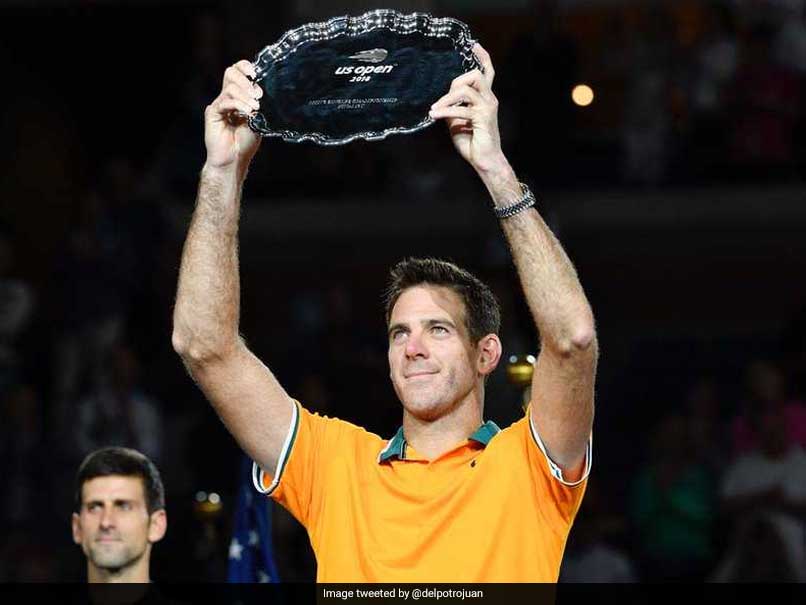 Juan Martin del Potro on Sunday said that he will go into this week's China Open enjoying the "best moments" of a career that came perilously close to being destroyed by injury. The strapping but softly spoken 30-year-old is the favourite in Beijing with reigning champion and world number one Rafael Nadal out injured and Novak Djokovic and Roger Federer also absent. The man fondly known as "Delpo" is ranked fourth in the world behind that trio and while there has never been any doubt about his ability, his career has been blighted by wrist injuries.

Del Potro, the 2009 US Open winner, was beaten by Djokovic in the final at Flushing Meadows in early September.

But that did nothing to dispel the notion that Del Potro is a man enjoying his tennis again having painstakingly rebuilt his career.

"This could be one of the best seasons of my career," Del Potro, a popular figure in the locker room, said ahead of his assault on the China Open.

"I won my first Masters 1000, at Indian Wells, I got my highest ranking ever this season (three) and another Grand Slam final after nine years.

"It's an amazing year for me, but I also want to keep going because I like to pressurise myself, and I'm excited about that."

Del Potro, who faces Spain's Albert Ramos-Vinolas in his Beijing opener, will head to the Shanghai Masters immediately after the China Open and is also chasing a spot at the season-ending ATP Finals.

The Argentine, whose outsized 6ft 6in (1.98m) frame belies his gentle nature, is savouring being largely pain-free after multiple wrist surgeries.

He was unable to defend his US Open title in 2010 and reached a low point in 2015,playing just four ATP matches.

He has previously admitted that he was close to quitting tennis.

"You have to find deep in your body the strength to be with the pain and injuries," Del Potro said of advice he would give to players struggling with injury.

He credits friends and others close to him for keeping him going in those dark days.

"Now I'm here living the best moments ever of my career," he told reporters in Beijing.

The fourth member of tennis's "Big Four", Andy Murray, has endured injury problems of his own and pulled out of the China Open with an ankle complaint.

The Briton is scrapping his way back to form and fitness after hip surgery in January.

The women's draw has been similarly hit by the high-profile absence of Serena Williams.

No reason was given for her withdrawal from the WTA Tour mandatory event, but the American has been in the spotlight since accusing an umpire of lying and sexism in losing the US Open final.

Simona Halep, the top seed, was to start her tilt at the China Open later on Sunday against qualifier Ons Jabeur of Tunisia.

Naomi Osaka, who stunned Williams in the New York final, is among those aiming to stop Halep.

Comments
Topics mentioned in this article
Juan Martin del Potro Tennis
Get the latest updates on IPL Auction 2023 and check out  IPL 2023 and Live Cricket Score. Like us on Facebook or follow us on Twitter for more sports updates. You can also download the NDTV Cricket app for Android or iOS.