Japanese tennis players Kei Nishikori and Naomi Osaka agreed that discussions were needed to ensure a safe organisation of the delayed 2020 Tokyo Olympic Games in the middle of a coronavirus scare in Japan. 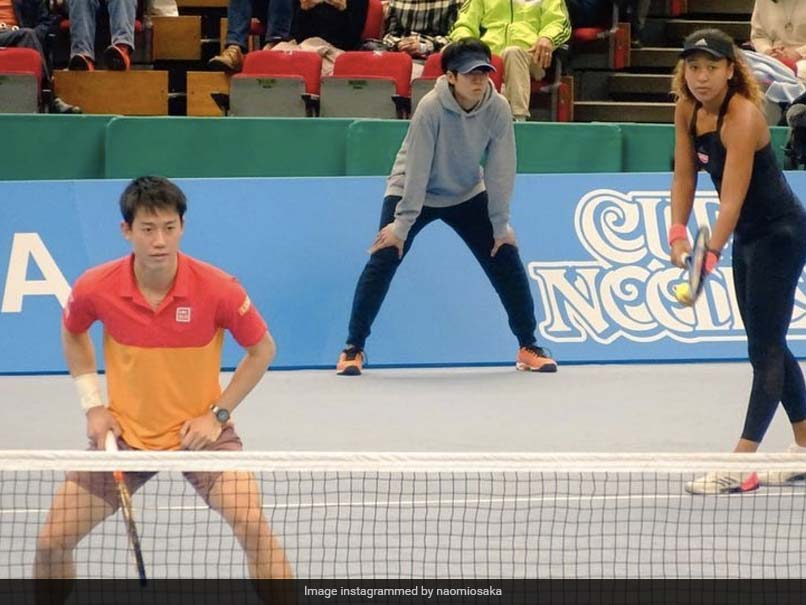 Japanese tennis star Kei Nishikorion Monday said he agreed with compatriot Naomi Osaka that organisers have to "discuss" whether they can hold the delayed Tokyo Olympics safely due to the coronavirus pandemic. A virus state of emergency in Japan's capital city and other parts of the country was extended on Friday, less than three months before the delayed Games are due to begin. There has been increasing pressure from the Japanese public to cancel the Games, which have already been postponed once from the original dates last summer due to the pandemic.

Osaka said on Sunday there "definitely should be a discussion" on whether the Olympics should go ahead.

Former world number four Nishikori said it could be difficult to host the Olympics even behind closed doors, due to the high number of athletes expected to take part.

"It's 10,000 people in the village and playing tournaments. So I don't think it's easy, especially (with) what's happening right now in Japan. It's not doing good," he added.

Organisers have already said that foreign fans will not be allowed to travel to Japan for the Games.

Nishikori missed last year's US Open after contracting coronavirus, while he also had to quarantine in a hotel for two weeks ahead of the 2021 Australian Open in February.

"If you think only about athletes, I think you can do it," said the 31-year-old.

"If you can make (a) good bubble, maybe you can do it, but there is some risk too. You know, what happens if there is a hundred cases in the village, or can be thousands?," Nishikori said.

"The corona, it's been spreading very easy. So I will say same as Naomi. You have to really discuss, you know, how you can play really safely to happen," he concluded.

Japan has recorded just over 10,500 deaths from Covid-19, much lower than in many other countries, but its vaccine rollout is moving slowly and some areas have seen record cases as more infectious variants drive fresh waves of contagion.

Comments
Topics mentioned in this article
Naomi Osaka Kei Nishikori Tennis
Get the latest updates on Fifa Worldcup 2022 and check out  Fifa World Cup Schedule, Stats and Live Cricket Score. Like us on Facebook or follow us on Twitter for more sports updates. You can also download the NDTV Cricket app for Android or iOS.