Japan's Kei Nishikori Tests Positive For Coronavirus Ahead Of US Open

Japan's Kei Nishikori, the 2014 US Open runner-up, said Sunday he has contracted COVID-19 and has withdrawn from an ATP event in New York with this year's US Open only two weeks away. 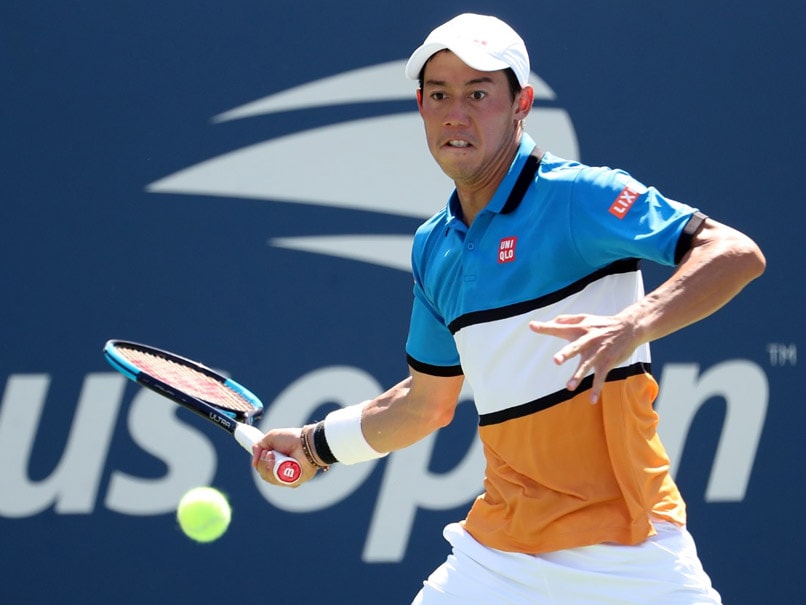 Kei Nishikori said he took the test and received the positive result on Sunday in Florida.© AFP

Japan's Kei Nishikori, the 2014 US Open runner-up, said Sunday he has contracted COVID-19 and has withdrawn from an ATP event in New York with this year's US Open only two weeks away. World number 31 Nishikori said he took the test and received the positive result on Sunday in Florida and will isolate himself despite few symptoms. He and his team plan more tests and a status update on Friday. "I have some unfortunate news," Nishikori said in a statement posted on social media. "This morning, while still in Florida, I got tested for COVID-19 and tested positive."

Nishikori had planned to fly to New York on Monday ahead of this week's Western and Southern Open, an event usually played in Cincinnati but moved to New York in a quarantine setting to serve as a final tuneup for the US Open, which starts August 31 in the same bubble atmosphere.

"I will have to pull out of the Cincinnati tournament at this time," Nishikori said. "I am feeling well and have very little symptoms but will obviously be in complete isolation for the safety of everyone."

Nishikori has enjoyed his best Grand Slam efforts at Flushing Meadows, including his loss to Marin Cilic in the 2014 final and semi-final runs in 2016 and 2018.

Nishikori, whose most recent victory came in 2019 at Brisbane, has won six of his 12 career ATP titles on US soil.

The potential loss of Nishikori from the first Grand Slam event since the global COVID-19 pandemic shut down the tour season is another blow for the US Open, which will already be without defending champion Rafael Nadal, injured star Roger Federer, reigning women's champion Bianca Andreescu and top-ranked Ash Barty.

Among those who are planning to compete in the Flushing Meadows fortnight are top-ranked Novak Djokovic, Britain's Andy Murray and 23-time Grand Slam winner Serena Williams.

Comments
Topics mentioned in this article
Kei Nishikori Tennis
Get the latest updates on ICC T20 Worldcup 2022, check out the Schedule and Live Score. Like us on Facebook or follow us on Twitter for more sports updates. You can also download the NDTV Cricket app for Android or iOS.