Italian Open: Novak Djokovic won through 4-6, 7-5, 7-5 after 3hr 16min on court in the clash which had been suspended from Friday because of rain in the Italian capital. 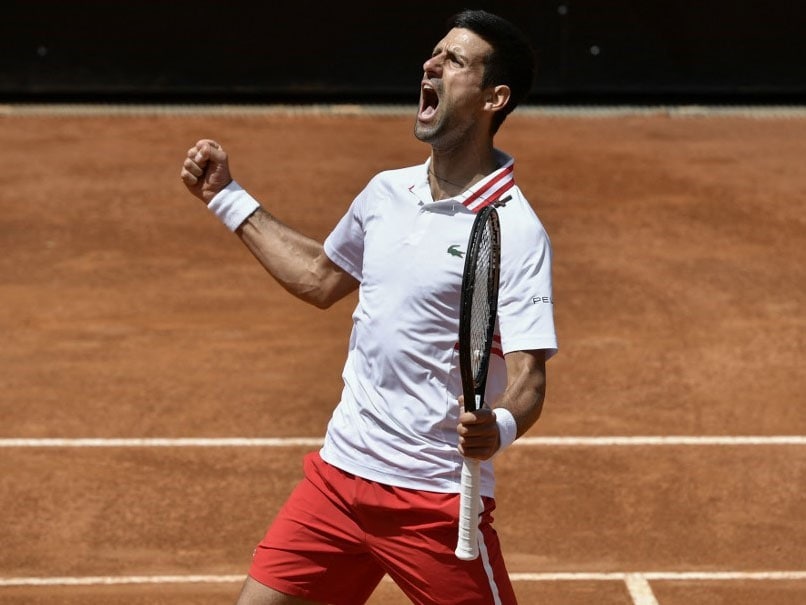 Novak Djokovic twice recovered from a break down in the final set.© AFP

World number one Novak Djokovicsurvived a three-set battle with Greece's Stefanos Tsitsipas over two days in their rain-delayed quarter-finals to advance to the Italian Open semi-finals on Saturday. The defending champion won through 4-6, 7-5, 7-5 after 3hr 16min on court in the clash which had been suspended from Friday because of rain in the Italian capital.

The Serb, a five-time Rome winner, had been trailing 6-4, 2-1 when the game was halted overnight.

Djokovic twice recovered from a break down in the final set to seal a berth in the final four for the eighth straight year on his second match point.

"It felt like we played two matches, actually we did, one yesterday where he was a better player," said Djokovic.

"Without a doubt, until the last shot I didn't know whether I was going to win but I believed that I could.

"I am just really, really glad to overcome this challenge. It was probably the toughest match of the year for me so far."

Monte Carlo winner Tsitsipas had moved to a 4-2 lead in the second set on their return to court Saturday, but Djokovic made a crucial break for 4-4, the Serb saving break points in the following game for 5-4 and breaking in the 12th game for 7-5 to level at one set all.

Both hit 15 winners in a balanced second set but Tsitsipas paid for four more unforced errors than his rival who used his forehand to break through with winners along the line.

Tsitsipas twice led by a break in the deciding set and served for the match at 5-4, but winner Djokovic rallied to take a 6-5 lead.

Tsitsipas served to force a final-set tie-break, but the 18-time Grand Slam winner again proved too strong for the Greek who has won none of their three meetings on clay.

The Serb's next opponent, 33rd-ranked Sonego, won their only previous meeting in the quarter-finals on hard court in Vienna last year.

Novak Djokovic Stefanos Tsitsipas Tennis
Get the latest updates on SA vs IND 2021-22, check out the Schedule and Live Score . Like us on Facebook or follow us on Twitter for more sports updates. You can also download the NDTV Cricket app for Android or iOS.