Rafael Nadal beat Alexander Zverev 6-3, 6-4 to avenge his loss in the Madrid Open and reach the semi-finals of the Italian Open. 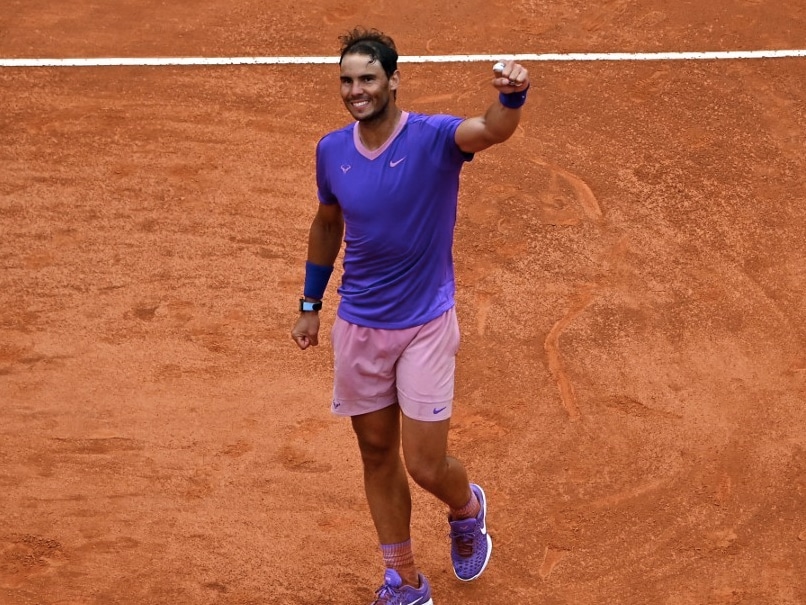 Rafael Nadal stormed into the semi-finals of the Italian Open.© AFP

Nine-time champion Rafael Nadal dispatched his Madrid Masters slayer Alexander Zverev 6-3, 6-4 to reach the Italian Open semi-finals on Friday. Second-seed Nadal lost to Zverev in the Madrid last-eight last week, but ended his three-match losing streak against the German in the Foro Italico. "It was an important victory for me against a great player," said the Spaniard. The 34-year-old shook off his marathon 3hr 30min quarter-final battle past Denis Shapovalov on Thursday where he needed to save two match points.

The German rallied in the second set but Nadal saved eight break points to seal victory on his first match point after two hours.

Nadal next plays big-serving American Reilly Opelka for a place in the final for an 11th time as he warms up for the French Open starting on May 30.

"It's a big challenge against a player who's playing well and has almost an unreturnable serve," Nadal said of Opelka who has not dropped a set all week.

"I've made some adjustments on my serve recently and it has paid off."

He is also attempting to win 10 or more titles at a single event for the fourth time, after Roland Garros (13), Barcelona (12) and Monte Carlo (11).

Zverev, 24, had been on a seven-match winning streak, following his second title run in Madrid last week.

Comments
Topics mentioned in this article
Rafael Nadal Alexander Zverev Tennis
Get the latest updates on SA vs IND 2021-22, check out the Schedule and Live Score . Like us on Facebook or follow us on Twitter for more sports updates. You can also download the NDTV Cricket app for Android or iOS.