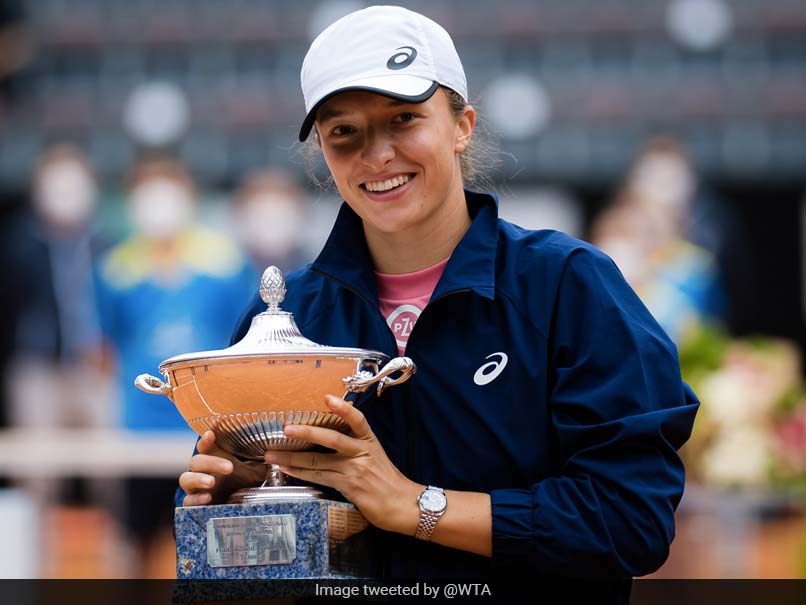 Polish teenager Iga Swiatekcrushed Czech ninth seed Karolina Pliskova 6-0, 6-0 to win the Italian Open on Sunday. The 19-year-old reigning French Open champion took just 45 minutes to dispatch the 2019 Rome winner two weeks before she opens her title defence in Roland Garros. Swiatek, ranked 15, claimed her third WTA title having followed her Roland Garros success with a win in Adelaide in January. "I'm really, really happy," said an emotional Swiatek. "I'm overwhelmed, at the beginning of this tournament I would not have dreamed of winning it," Swiatek added.

Pliskova tried to fight back in the third game of the second set, holding a double break to go 2-1, but the Polish player ruthlessly snuffed out any return.

"I will just quickly forget about today," said Pliskova, the world number nine, who was playing in her third consecutive Rome final.

"I've had some great matches here, in the past I did well," Pliskova added.

Comments
Topics mentioned in this article
Karolina Pliskova Tennis
Get the latest updates on ICC Women's Cricket World Cup 2022 and IPL 2022, check out the Schedule , Live Score and IPL Points Table. Like us on Facebook or follow us on Twitter for more sports updates. You can also download the NDTV Cricket app for Android or iOS.