Ashleigh Barty was leading 6-4, 2-1 in the italian Open quarter-final against Coco Gauff but pulled out with an arm injury. 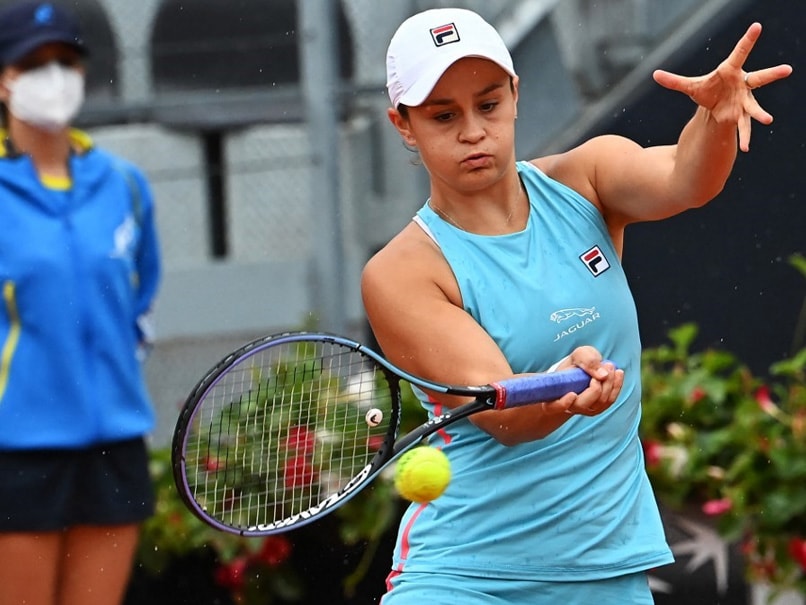 World number one Ashleigh Barty retired injured in the Italian Open quarter-finals on Friday, just two weeks before Roland Garros. Top seed Barty, the 2019 French Open champion, was leading 6-4, 2-1 when she pulled up to receive treatment during her match against American Coco Gauff. The Australian suffered a right arm injury, the WTA said. "The pain was becoming too severe," said Barty. "It was really important that I listen to my body knowing we have a Grand Slam in two weeks' time."

Barty added: "It's something I've had to manage over my career.

"It pops up every now and again. The conditions today didn't help," she said of the rainy conditions in the Italian capital.

"I'm confident in my team. We know how to manage this injury to know that in a couple of weeks it'll be fine."

Barty, 25, has won a Tour-leading 27 matches in 2021, and is among the favourites for the French Open which starts in Paris on May 30.

Defending champion Simona Halep, the third seed and 2018 Roland Garros winner, was forced to pull out with a calf injury in her second-round match.

Comments
Topics mentioned in this article
Ashleigh Barty Coco Gauff Tennis
Get the latest updates on IPL Auction 2023 and check out  IPL 2023 and Live Cricket Score. Like us on Facebook or follow us on Twitter for more sports updates. You can also download the NDTV Cricket app for Android or iOS.