No Indian Davis Cup squad has travelled to Pakistan since March 1964 and in that tie, held in Lahore, India had won 4-0. 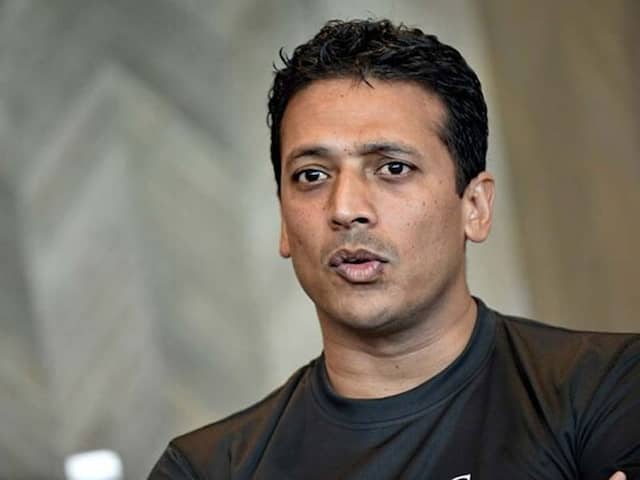 Mahesh Bhupathi was a part of Indian team which defeated Pakistan 3-2 in Mumbai in 2006.© AFP

An Indian Davis Cup team is likely to travel to Pakistan after 55 years with the national tennis federation AITA hinting that the central government will allow the players to compete against the neighbouring country in September. No Indian Davis Cup squad has travelled to Pakistan since March 1964 and in that tie, held in Lahore, India had won 4-0.

"We have written to the government and hopefully we will go to Pakistan, that's the impression we have,"  All India Tennis Association (AITA) Secretary General Hironmoy Chatterjee told PTI on Wednesday.

"It's not a bilateral series, it's (like) a World Cup, so the government will allow. I am confident we will go and play in Pakistan. We will announce it in a day or two. Pakistan Federation has mentioned that the tie will be played in Islamabad."

The The winner of the Asia/Oceania Group I tie will move to the World Group Qualifiers. The last tie between the two nations was played in Mumbai in 2006, which India won 3-2.

Before that, India and Pakistan played at a neutral venue in Malaysia in 1973.

Pakistan is not likely to pose any serious challenge to the Indian team since none of their singles players are even ranked on ATP computer as per the new regulations.

On the other hand, India's top players Prajnesh Gunneswaran and Ramkumar Ramanathan have created a few upsets on ATP circuit in recent past.

Pakistan, though, have a good competitor in doubles specialist Aisam-ul-haq Qureshi. Bopanna and Qureshi have played as a team in the past and the Indo-Pak Express had tasted reasonable success.

"We are hopeful of earning much-needed revenues for tennis during the live broadcast of the grass court tie as Pakistan and India sporting events garner a lot of interest," the PTF President said.

He said the PTF was confident that the Indian government would clear its team to play the tie in Islamabad. "It is after 13 years that Pakistan and India will meet on a tennis court," he said.

Pakistan until last year was forced to host its Davis Cup ties at neutral venues as teams refused to travel to the country because of security concerns.

But the scenario changed when Pakistan hosted Uzbekistan, Korea and Thailand in their previous ties.