Roger Federer registered a 6-2, 6-4, 6-4 win over Italy's Lorenzo Sonego on his return to Roland Garros on Sunday. 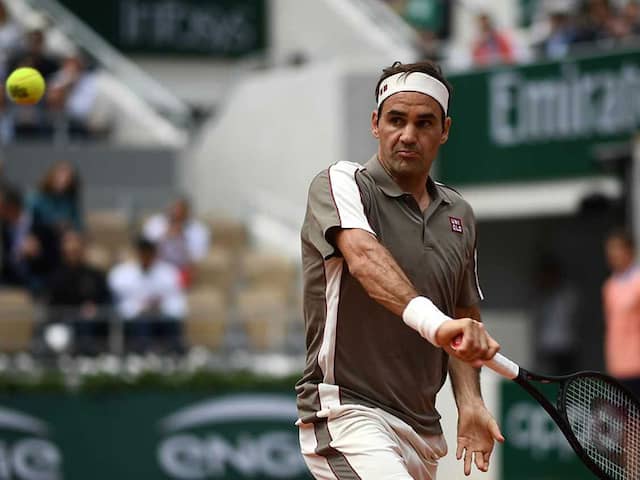 Roger Federer marked his return to Roland Garros after a four-year absence with a 6-2, 6-4, 6-4 win over Italy's Lorenzo Sonego on Sunday. Federer, the 2009 champion in Paris, will face German lucky loser Oscar Otte for a place in the third round. Earlier, rising Greek star Stefanos Tsitsipas moved into the French Open second round with a comfortable straight-sets win over Maximilian Marterer on Court Philippe Chatrier. The 20-year-old sixth seed, a semi-finalist at the Australian Open earlier this year, brushed aside German Marterer 6-2, 6-2, 7-6 (7/4).

Tsitsipas raced into a 2-0 lead and edged a third-set tie-break to see off an opponent who reached the fourth round in Paris last year.

"It was a difficult first match... In the tie-break I managed to play like I did in the first two sets," said Tsitsipas, who was playing on the Roland Garros show court for the first time.

"These are the moments we're practising for and dreaming of, I'm really happy to play here."

Tsitsipas will next face either Indian Prajnesh Gunneswaran or Bolivia's Hugo Dellien as he looks to reach the third round for the first time.

Comments
Topics mentioned in this article
Tennis Roger Federer
Get the latest Cricket news, check out the India cricket schedule, Cricket live score . Like us on Facebook or follow us on Twitter for more sports updates. You can also download the NDTV Cricket app for Android or iOS.