After dropping the first set, Maria Sharapova trailed 4-3 in the second. But she didn't allow Samantha Stosur another game, reeling off 22 of 25 points to take control. 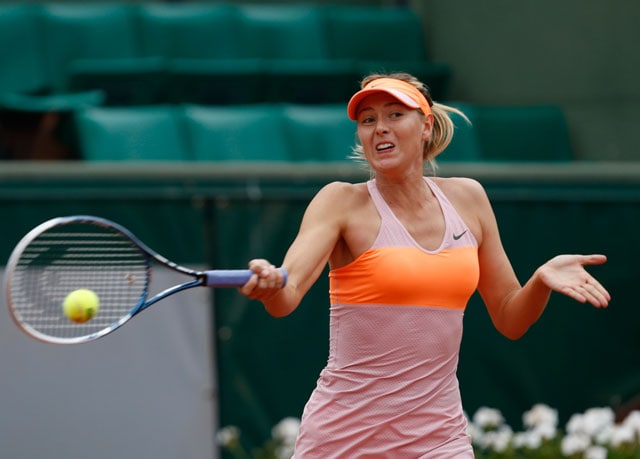 After dropping the first set, Sharapova trailed 4-3 in the second. But she didn't allow Stosur another game, reeling off 22 of 25 points to take control.

The seventh-seeded Sharapova reached the final at Roland Garros the last two years, winning the title to complete a career Grand Slam in 2012, then finishing as the runner-up to Serena Williams in 2013.

Sharapova got off to a rough start against the 19th-seeded Stosur, who won the 2011 U.S. Open and got to the final at the 2010 French Open.

Screaming and shaking her fists after many points, Sharapova righted herself and improved to 14-2 against Stosur.