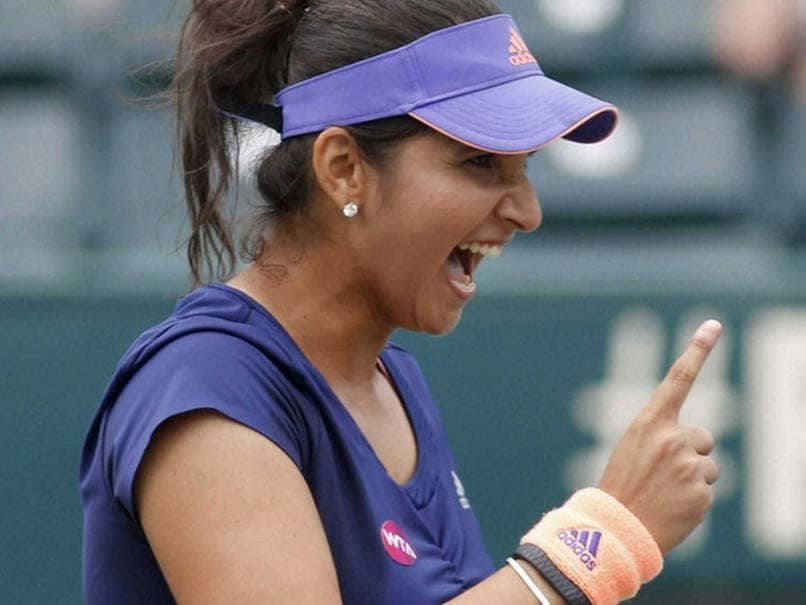 Sania Mirza and Yaroslava Shvedova have been seeded fourth.© PTI

With no singles players in the main draw of the French Open, India will be represented in doubles in the second Grand Slam of the year. Leander Paes, Rohan Bopanna, Sania Mirza and the pair of Divij Sharan-Purav Raja will be playing on the clay courts at Roland Garros. The men's and women's doubles draws were announced on Sunday.

Leander Paes will continue his partnership with American Scott Lipksy and they were drawn to play Marcos Baghdatis and Gilles Muller in their first round match. Paes and Lipksy have played four tournaments together coming into the Grand Slam. Last week they reached the semifinals of the Geneva Open. They had won the Tallahassee Challenger and also made the last-four of the Bordeaux Challenger. If they win the first round, they may play the top-seeded pair of Henri Kontinen and John Peers next.

Divij Sharan and Purav Raja are up against Nicolas Almagro from Spain and Steve Johnson from the USA. "We have not played them before. Purav and I have been training in Paris for the last four days. We are well settled and playing good," Sharan said.

They've had a good season so far making the final of the Chennai Open, two semifinals on the Tour and winning the Bordeaux Challenger.

In the bottom-half of the men's doubles draw is Rohan Bopanna, the highest-ranked Indian and his partner Pablo Cuevas. They have been seeded ninth and are pitted against the French pair of Mathias Bourgue and Pauk-Henri Mathieu in the opener.

In the women's doubles, Sania Mirza and Yaroslava Shvedova of Kazakhstan are seeded fourth. They will open their campaign against Daria Gavrilova and Anastasia Pavlyuchenkova.

Comments
Topics mentioned in this article
Leander Paes Rohan Bopanna Sania Mirza Divij Sharan Purav Raja Tennis
Get the latest updates on IPL 2021, IPL Points Table , IPL Schedule 2021 , live score . Like us on Facebook or follow us on Twitter for more sports updates. You can also download the NDTV Cricket app for Android or iOS.