Kristina Mladenovic was knocked out of her home Grand Slam after her opponent Laura Siegemund benefitted from a double-bounce and won 7-5, 6-3. 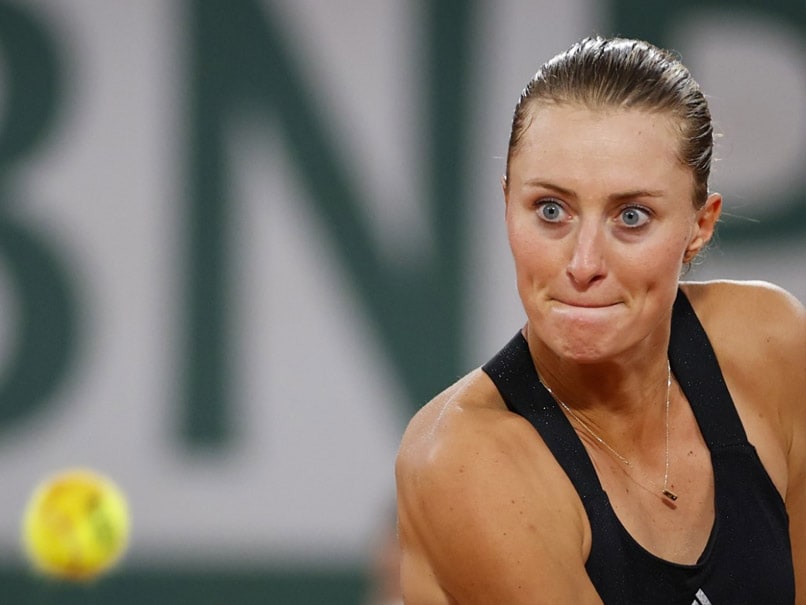 French Open: Kristina Mladenovic called for the VAR system to be introduced in tennis.© AFP

Kristina Mladenovic called for a football-style VAR system to be introduced in tennis after her Roland Garros opponent profited from a double bounce to help knock the Frenchwoman out of her home Grand Slam on Tuesday. Mladenovic was 5-1 up and with a set point against Laura Siegemund when the German scooped a winner despite the ball appearing to bounce twice. The incident was missed by chair umpire Eva Asderaki. World number 44 Mladenovic pleaded in vain before Siegemund took full advantage, racing into the next round with a 7-5, 6-3 win.

"It would be great to have that," said Mladenovic when asked if video replays should be introduced in tennis.

"It'd be a pity to replace a human with a camera but to err is human. I don't see how the umpire could not see it. Unfortunately, she continues at Roland Garros but I do not."

It was a second successive miserable Grand Slam for the 27-year-old Frenchwoman who was withdrawn from the doubles at the US Open earlier this month in a row over coronavirus.

Despite her disappointment, Mladenovic refused to blame Siegemund for not calling the incident on herself Tuesday.

"Well, she would have been the best and most fair player on the tour if she would have done that. Unfortunately, she didn't. I didn't expect her to do it," added Mladenovic.

Comments
Topics mentioned in this article
Kristina Mladenovic Laura Siegemund Tennis
Get the latest updates on India vs Australia and check out  Schedule, Results and Live Score. Like us on Facebook or follow us on Twitter for more sports updates. You can also download the NDTV Cricket app for Android or iOS.