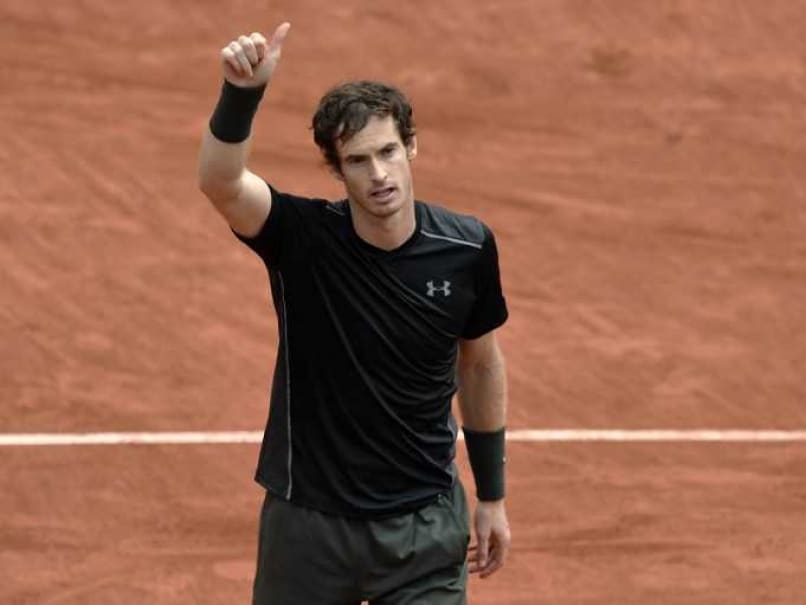 Andy Murray will hope for an easier outing in his next match against 22-year-old Mathias Bourgue, a French wildcard ranked at 164 in the world.© AFP

Second seed Andy Murray and defending champion Stan Wawrinka target places in the French Open third round on Wednesday after both men needed marathon five-setters to get through their openers.

Murray needed two days to see off 37-year-old Czech Radek Stepanek, the oldest man in the tournament, after coming back from two sets to love down.

The 29-year-old, a three-time semi-finalist, will hope for a simpler afternoon against 22-year-old Mathias Bourgue, a French wildcard ranked at 164 in the world.

Bourgue is playing at a Grand Slam for the first time and is already guaranteed USD 67,000 in prize money -- twice as much as he has already earned this year on the lower tours.

Wawrinka also needed five sets to see off Lukas Rosol in his first round.

The third seed on Wednesday tackles Taro Daniel of Japan.

The 23-year-old New York-born Daniel, ranked at 93, won his first match at a Grand Slam in the opening round when Slovakian opponent Martin Klizan retired injured in the final set.

Daniel, who is based in Valencia, had been two sets to love down before Klizan wilted.

Raonic made the quarterfinals in 2015, while 27-year-old Mannarino has reached the round of 64 for only the second time.

The world number 40 beat Nishikori in their only previous meeting on grass in Eastbourne six years ago when the Japanese quit with injury.

Women's second seed Agnieszka Radwanska, a quarterfinalist in 2013, has a tricky assignment against Frenchwoman Caroline Garcia, who won the Strasbourg tite at the weekend on clay.

Radwanska leads their head-to-head 2-1 including a win on clay in Madrid in 2013 but all of the pair's three meetings have gone to three sets.

Women's sixth seed Simona Halep of Romania, the 2014 runner-up, swept past Japan's Nao Hibino for the loss of just two games in the first round.

She faces 22-year-old Zarina Diyas of Kazakhstan who has made the round of 64 for a second successive season.

Fourth seed Garbine Muguruza, who almost came to grief in the first round when she needed three sets to see off Anna Karolina Schmiedlova, plays French wildcard Myrtille Georges.

Comments
Topics mentioned in this article
Andy Murray Stanislas Wawrinka Radek Stepanek Tennis
Get the latest updates on India vs England Series, India vs England , live score and IPL 2021 Auction . Like us on Facebook or follow us on Twitter for more sports updates. You can also download the NDTV Cricket app for Android or iOS.