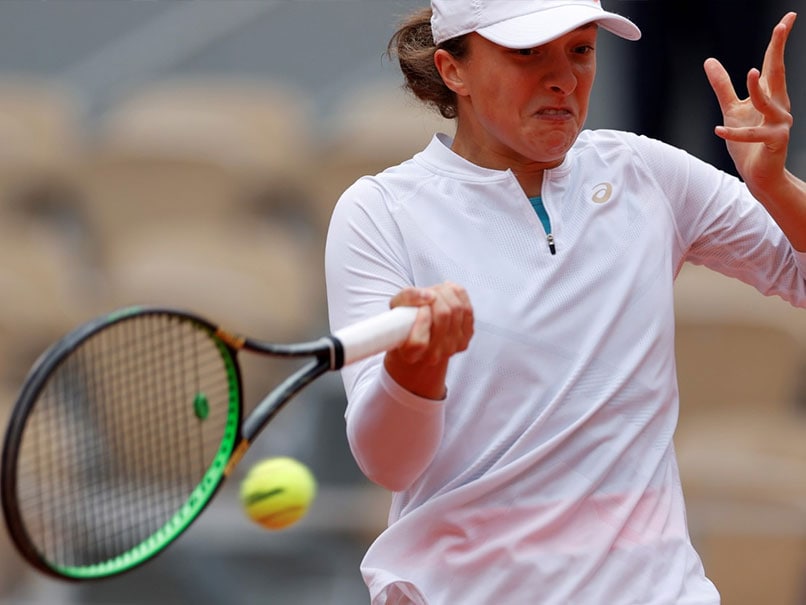 Teenager Iga Swiatek became the first Polish woman in 81 years to reach the French Open final on Thursday as she demolished Argentine qualifier Nadia Podoroska 6-2, 6-1. The 19-year-old has yet to drop a set at the tournament and will play two-time Wimbledon champion Petra Kvitova or Australian Open winner Sofia Kenin for the title on Saturday. "I'm kind of surprised, really. I never thought at the start I would play so good here but I always knew that if I was going to be in the final of a Grand Slam it would be at the French Open," said Swiatek. "It's a dream come true."

Swiatek, ranked 54, has matched the run of compatriot Jadwiga Jedrzejowska who finished runner-up at Roland Garros in 1939.

She is only the second Polish woman to reach a Grand Slam final in the Open era after Agnieszka Radwanska at Wimbledon in 2012.

Swiatek becomes the seventh unseeded women's finalist at Roland Garros. Of the previous six, only Jelena Ostapenko in 2017 went on to lift the trophy.

"Basically I wanted to play this match as if it was the first round. I didn't want to think I was in the semi-finals because it would stress me," said Swiatek, who has conceded only 23 games en route to the final.

The last woman to capture the French Open title without losing a set was Justine Henin in 2007.

"It's going to be a tough match, for sure," added Swiatek, who has never faced Kvitova or Kenin.

"I don't want to think about it right now. I'm just happy to be in the final, it's overwhelming for me."

World number 131 Podoroska was the lowest-ranked semi-finalist in Paris in the modern era, and the first women's qualifier to reach the last four of the French Open.

She will rise to a career a best of 48th after the tournament, having arrived without a single Grand Slam main draw win to her name.

Fourth seed Kenin and seventh seed Kvitova have both made the last four without facing a seeded opponent.

Kenin's highest-ranked rival was world number 49 Fiona Ferro in the last 16; Kvitova's was 39th-ranked Zhang Shuai, also in the fourth round.

Despite that, Kenin has had to battle through four three-setters in five of her matches so far. It's a further sign of her tenacity on clay - at the 2019 tournament, she stunned Serena Williams in the third round.

Before this season, the 21-year-old had never gone as far as the quarter-finals on the surface.

Kvitova, back in the semi-finals for the first time since 2012 when she lost to eventual champion Maria Sharapova, has not dropped a set.

"It means a lot to be back in the semi-finals," said 30-year-old Kvitova. "After my last match, I was very emotional to be in the quarter-finals. Now I am in the semis. I never imagined this would happen after everything that has happened. This is my lucky place."

It was Paris where Kvitova made her comeback in 2017 after spending six months recovering from a terrifying knife attack at her home in December 2016.

Kenin believes her Melbourne breakthrough will be key for her on Thursday.

"I definitely feel like I have improved since Australia. I'm having a lot of matches and finding my groove," she said.