The raids were part of an international probe into an Armenian-Belgian criminal network suspected of bribing players to throw games over the last four years. 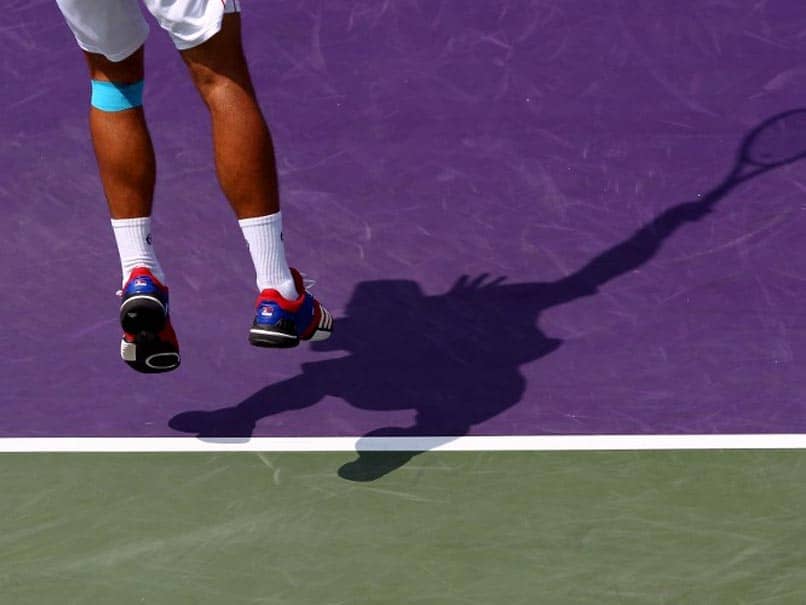 Five Armenians have been charged in Belgium with corruption, money laundering and other crimes as part of an international investigation into match-fixing in tennis, prosecutors said Wednesday. They were among 13 people held in Belgium on Tuesday as simultaneous raids were carried out in the United States, Germany, France, Bulgaria, Slovakia and the Netherlands. An investigating judge in Belgium then issued a formal arrest warrant for five people, "all of Armenian nationality," the federal prosecutor's office said. "They were charged with corruption, money laundering, forgery and membership of a criminal organisation." The judge ordered the further detention of the five Armenians and the release of the eight other people, following questioning, the office said in a statement.

The raids were part of an international probe into an Armenian-Belgian criminal network suspected of bribing players to throw games over the last four years.

Belgian prosecutors said the matches were on the low-level Futures and Challenger circuits, away from the gaze of television coverage and where meagre prize money leaves players susceptible to backhanders.

They said the suspects, usually jobless with financial problems, would receive money to bet on matches in lower-division tournaments where prize money was around $5,000 to $15,000.

They said players in such tournaments are easier to corrupt because the matches are not filmed, adding organisers of fixed matches generate considerable cash.

Belgian authorities, who were first alerted to suspicious betting activity in 2015, said the criminal network "would not shrink from violence."

It also used its contacts to move large sums of money abroad anonymously, they added.

It added that Belgian police seized 250,000 euros in the raids as well as documents for analysis.

The Independent Review of Integrity in Tennis report warned in April that the lower levels of the sport were engulfed in betting-related corruption.

It spoke of a 'tsunami' of match-fixing in non-elite tennis.

The report said the problems stemmed from too many players in the likes of the Futures and Challenger circuits not earning enough to make a living, coupled with the rise of online betting.

There are around 15,000 professional tennis players but only the top 250 women and the top 350 men even manage to break even before coaching costs, lawyer Adam Lewis, who chaired the review panel, warned in April.

After surveying more than 3,000 players as well as tournament organisers, officials and betting operators, the panel found "evidence of some issues" at Grand Slams and Tour events, but it did not uncover proof of a widespread problem at those higher levels.

The panel was set up in 2016 following allegations made by the BBC and Buzzfeed that leading players, including Grand Slam winners, were involved in suspected match-fixing and that evidence had been suppressed.

In a further demonstration of the woes blighting the lower rungs of the game, Ukrainian Dmytro Badanov was handed a life ban and fined $100,000 last month for fixing a Futures match in Tunisia in 2015.