Sharapova, who missed the 2016 tournament because of a doping ban and last year after she was refused a wild card, was broken six times, committed 27 unforced errors and won just five points on her own serve in the second set. 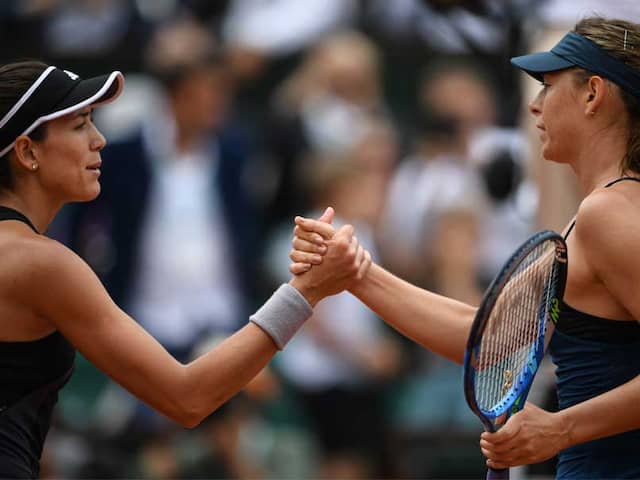 Garbine Muguruza thrashed Maria Sharapova 6-2, 6-1 to reach the French Open semi-finals on Wednesday, condemning the Russian to her worst Grand Slam defeat in more than six years. The Spanish third seed, who was the champion in Paris in 2016, will face either top seed Simona Halep or two-time major winner Angelique Kerber for a place in Saturday's final. Sharapova, playing at Roland Garros for the first time since 2015, suffered her most one-sided defeat at the Slams since a 6-3, 6-0 loss to Victoria Azarenka in the 2012 Australian Open final. "I am very pleased to be in another final in Paris," said Muguruza who has yet to drop a set in the tournament. "I was up against a great player so I had make sure I brought my best tennis."

Sharapova, who missed the 2016 tournament because of a doping ban and last year after she was refused a wild card, was broken six times, committed 27 unforced errors and won just five points on her own serve in the second set. It was just her fifth loss in 25 Grand Slam quarter-finals.

Muguruza pounced on an error-plagued Sharapova start to lead 4-0 with a double break. Sharapova never recovered from serving up three double faults in the first game.

By the end of the first set, the five-time major winner had won just eight points against the Muguruza serve and failed to carve out a single break point.

Muguruza only hit five winners in the opener which was more than enough against the erratic Russian who reached the quarter-finals for the first time in three years when old rival Serena Williams handed her an injury-enforced walkover.

Sharapova, 31, was broken in the opening game of the second set which she immediately retrieved.

However, it was just a brief respite as 24-year-old Wimbledon champion Muguruza claimed a quick double break for 4-1, backed up by a hold for 5-1.

It was all over in the next game when Sharapova sent another backhand out wide.

In Thursday's other semi-final, US Open champion Sloane Stephens will take on fellow American Madison Keys in a repeat of the 2017 final at Flushing Meadows.

Comments
Topics mentioned in this article
Maria Sharapova Garbine Muguruza Tennis
Get the latest Cricket news, check out the India cricket schedule, Cricket live score . Like us on Facebook or follow us on Twitter for more sports updates. You can also download the NDTV Cricket app for Android or iOS.