Serena Williams Crashes Out In Second Round In Parma

Serena Williams lost 7-6, 6-2 against Katerina Siniakova in the second round of the Emilia-Romagna Open in Parma. 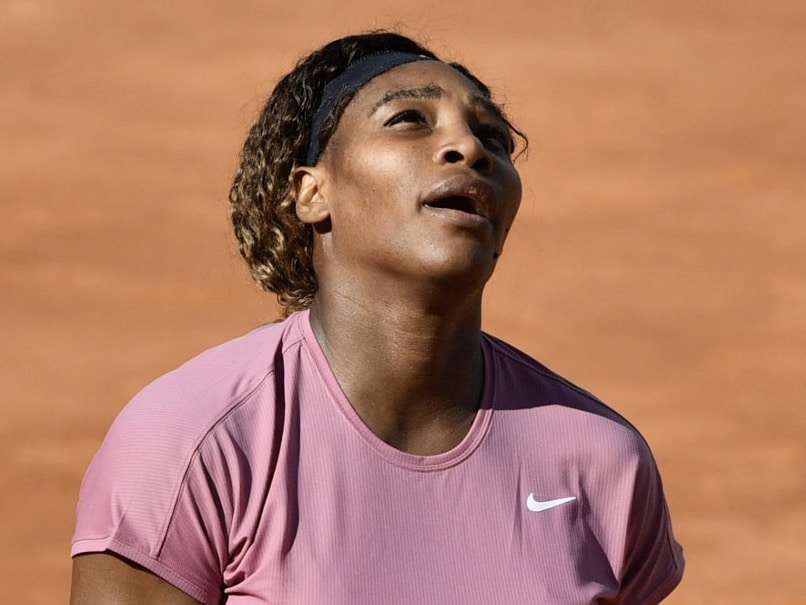 After disappointment in the Italian Open, Serena Williams could not turn it around in Parma.© AFP

Former world number one Serena Williams crashed out of the WTA tournament in Parma on Tuesday when she was beaten in straight sets 7-6, 6-2 in her second round match by Czech Katerina Siniakova. The 39-year-old American, currently ranked eighth in the world, had been given a wild card to play in Parma after her premature exit from the Italian Open, where she also lost in the second round in what was her first match in nearly three months since her semi-final defeat in the Australian Open.

In Monday's first round in Parma she had comfortably seen off teenager Lisa Pigato but the 25-year-old Siniakova, ranked 68 in singles but a former world number one in doubles, was a tougher proposition.

Williams fired down five aces but also threw in seven double faults as she struggled to get her service game working.

Siniakova took the first set tiebreak to four and then broke Williams three times in the second set as she wrapped up the match in one hour 37 minutes.

The Emilia-Romagna Open was intended to be a perfect clay warm-up ahead of the French Open, which kicks off in Paris on May 30.