Coco Gauff said she struggled with her mental health after being constantly touted as tennis' next big thing and even hailed as a new Serena Williams. 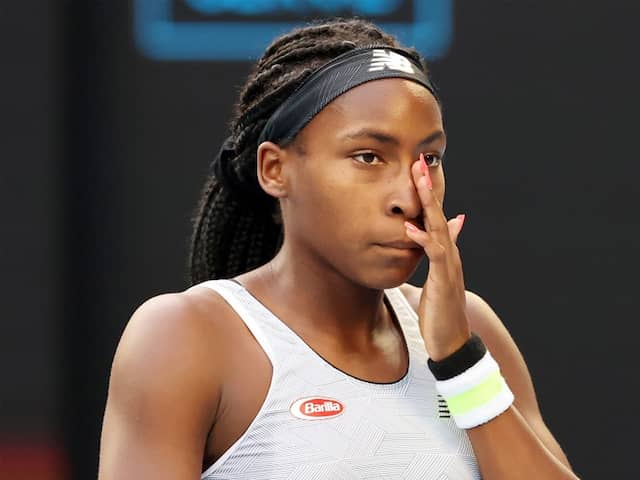 Coco Gauff revealed on Thursday that she suffered depression as a 14-year-old.© AFP

Teenage tennis sensation Coco Gauff revealed Thursday that she suffered depression as a 14-year-old, just before her history-making Wimbledon breakthrough. Gauff said she struggled with her mental health after being constantly touted as the sport's next big thing and even hailed as a new Serena Williams. "Throughout my life, I was always the youngest to do things, which added hype that I didn't want," Gauff told the 'Behind the Racquet' website.

"It added this pressure that I needed to do well fast. Right before Wimbledon, going back to around 2017/18, I was struggling to figure out if this was really what I wanted.

"I always had the results so that wasn't the issue, I just found myself not enjoying what I loved. I realised I needed to start playing for myself and not other people. For about a year I was really depressed. That was the toughest year for me so far."

Gauff has had to deal with a great deal more pressure in the last 12 months after becoming - at just 15 - the youngest player to qualify for Wimbledon last summer.

She went on to reach the last 16 at the All England Club, beating former champion Venus Williams on the way.

She then made the third round of the US Open and fourth round at the Australian Open in January.

In between, she won her first WTA title at Linz. At 15, she was the youngest champion on the tour since 2004.

When she entered Wimbledon last year, Gauff was ranked at 313.

She is now at 52 having squeezed to a career high 49 in February this year.

Gauff realises that as her stock rises, the comparisons with the Williams sisters will only intensify.

However, she said she refuses to see herself in the same league as the sport's highest-profile trailblazers.

"I am not at their level yet. I always feel like it's not fair to the Williams sisters to be compared to someone who is just coming up," she explained.

"I still look at them as my idols. Of course I hope to get to where they are but they are the two women that set the pathway for myself, which is why I can never be them."

Comments
Topics mentioned in this article
Coco Gauff Tennis
Get the latest updates on IPL 2020, check out the IPL Schedule for 2020 and Indian Premier League (IPL) Cricket live score . Like us on Facebook or follow us on Twitter for more sports updates. You can also download the NDTV Cricket app for Android or iOS.