Rafa Nadal extracted a modicum of revenge on new Italian foe Fabio Fognini before Novak Djokovic extended his unbeaten winning run in the Chinese capital to 28 matches with a win over David Ferrer of Spain. 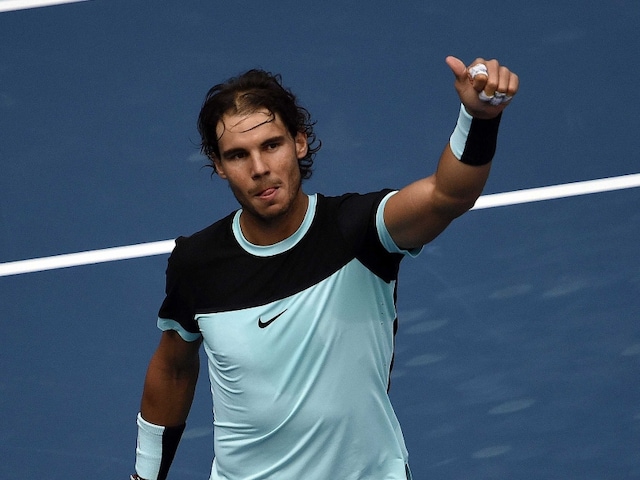 Rafael Nadal of Spain celebrates his victory over Fabio Foginini of Italy in their men's singles semi-final match at the China Open tournament in Beijing.© AFP
Beijing:

Nadal extracted a modicum of revenge on new Italian foe Fabio Fognini with a 7-5, 6-3 semi-final win before Djokovic extended his unbeaten winning run in the Chinese capital to 28 matches with a 6-2, 6-3 win over David Ferrer of Spain.

Sunday's battle will be the 45th meeting of a high-class, long-term rivalry between the two and although Nadal leads 23-21, the Serb has won six of the last seven.

Djokovic had been dominant for most of the season, winning three grand slam titles and dropping only 14 games in four matches in China.

Nadal is fully aware of the gargantuan task awaiting him.

"Tomorrow is a match I know is going to be very, very difficult. But I am here to try my best," Nadal, whose last hardcourt title came 21 months ago in Qatar, told reporters.

"My goal is try to play the way that I want to play. I know this year Novak, as I say before, is a different league of my one. But still happy with the final. I'm going to fight tomorrow and we'll see."

Nadal's recent struggles with form and fitness have left him vulnerable to other challengers on Tour and the flamboyant Fognini has proved a thorn in his side.

The Italian became the first man to beat Nadal from two sets down at a grand slam when he took out the Spaniard in the third round of the U.S. Open last month, his third win over the 14-times Grand Slam champion this year. 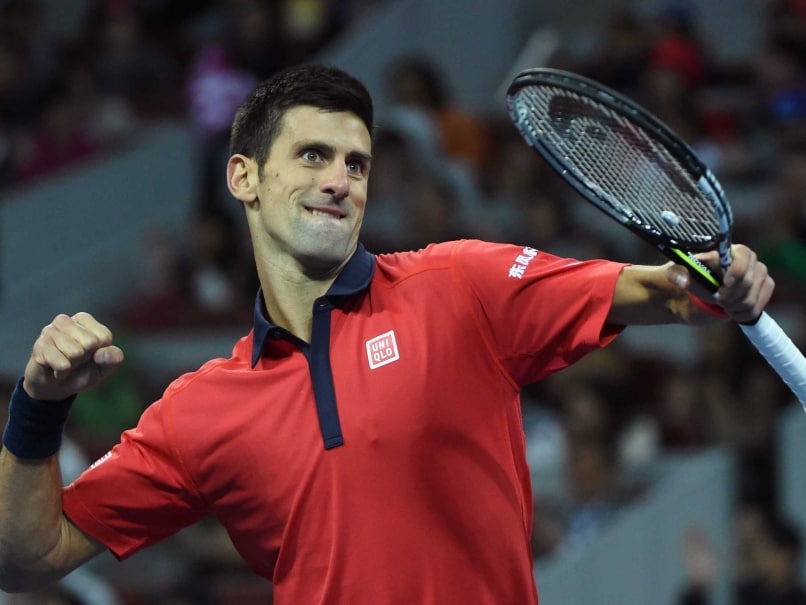 Novak Djokovic of Serbia reacts after winning during the men's singles semi-final match against David Ferrer of Spain at the China Open.

The world number eight ensured there would not be a fourth on a chilly day at the National Tennis Center in Beijing, citing his decision to play closer to the baseline for his success.

The Spaniard came out top of an unconventional opening set which featured five breaks of serve and secured the crucial one in the sixth game of the second when Fognini struck a backhand long.

Djokovic proved far too strong for Ferrer to remain on course for a sixth Beijing title.

The Serb broke at will and displayed his extensive range of hitting and court coverage to leave Ferrer befuddled.

In the women's draw, Gabriele Muguruza overcame Agnieszka Radwanska of Poland 4-6, 6-3, 6-4 to make her second straight final in China after last week's efforts in Wuhan.

The Spaniard, seeking her first title this season and second of her career, will play Swiss Timea Bacsinszky, who kept alive her qualifying bid for the WTA Finals in Singapore with a 5-7, 6-4, 6-1 win over Ana Ivanovic. The loss ended the Serb's hopes of making the eight-woman end-of-season event.

Comments
Topics mentioned in this article
Fabio Fognini Rafael Nadal Tennis Novak Djokovic
Get the latest updates on IPL 2020, check out the IPL Schedule for 2020 and Indian Premier League (IPL) Cricket live score . Like us on Facebook or follow us on Twitter for more sports updates. You can also download the NDTV Cricket app for Android or iOS.