Hyderabad Aces defeated Nagpur Orangers in tie-breaker to enter the final of the Champions Tennis League. They will play Punjab Marshalls next 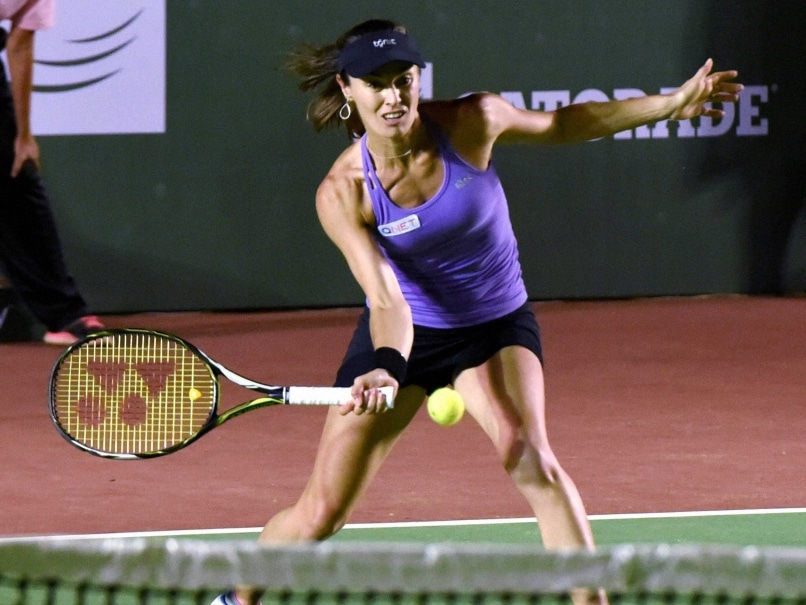 Hyderabad Aces pipped Nagpur Orangers to reach the final of the Champions Tennis League here on Friday. Aces will meet Punjab Marshalls in the title clash to be played in Hyderabad on Sunday. (Hyderabad Aces Defeat V Chennai Warriors)

Aces took the early lead after Thomas Johansson scraped past Alex Corretja 5-4 in the tie-break.

The much awaited match of the day was between the two former world numbers ones -- Martina Hingis of Aces taking on Jelena Jankovic. There was hardly anything separating the two until the tie-break where the Serb changed gears to win the women's singles set 5-4, leaving the overall match score at 9-9.

Both Hingis and Jankovic stayed on the court to partner Ivo Karlovic and Feliciano Lopez respectively. It was another tie-break with Aces pairing of Hingis and Karlovic winning the set 5-4.

Lopez and Divij Sharan teamed up to win the men's doubles set 5-3 against Karlovic and Jeevan Neduncheziyan.

Aces led 18-17 going into the final set with Lopez and Karlovic fighting for a place in the final. The battle expectedly went into the tie-break which the big-serving Karlovic won.