Caroline Wozniacki says it would be "impossible" for her to follow Serena Williams' lead and return to tennis after giving birth. 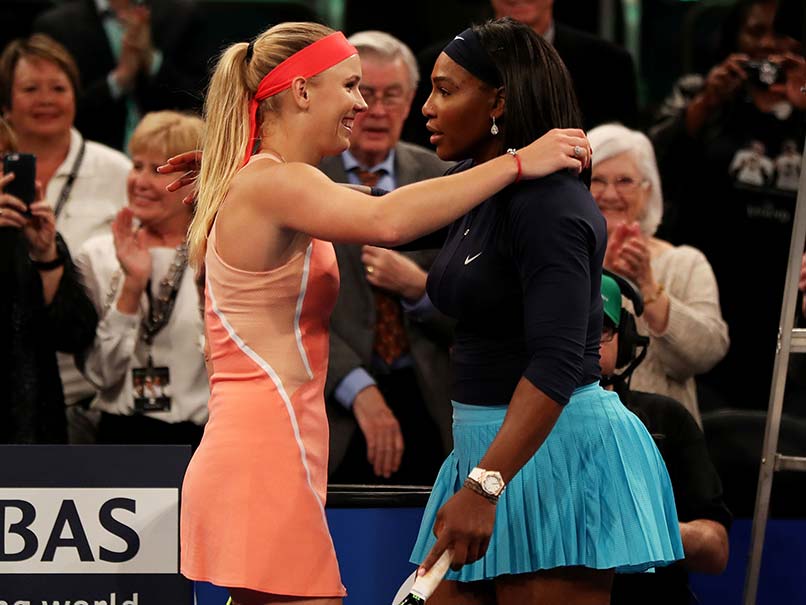 Wozniacki is amazed to see Serena back on court after 13 months on the sidelines.© AFP

Caroline Wozniacki says it would be "impossible" for her to follow Serena Williams' lead and return to tennis after giving birth. Williams, the 23-time Grand Slam champion, continues her comeback on Wednesday following the arrival of daughter Olympia when she takes on Japan's Naomi Osaka -- winner of the Indian Wells title on Sunday -- in the first round of the Miami Open. Williams is certainly up for the challenge and is determined to roll back the years and return to the apex of tennis.

But close friend Wozniacki, the Australian Open champion and current world number two, is amazed to see the 36-year-old back on court after 13 months on the sidelines.

"Can I imagine coming back at that age after having a baby? Well I can for her," the Danish star told AFP.

"She's such an amazing athlete. She loves to play and I think it's amazing and it's great for the sport. It's great to see her back.

"But I think at 36 and having a baby, for me it would be impossible. Looking at it both athletic and body wise, I don't think I would be able to keep up with that.

"It's pretty remarkable. She seems the same though. She's happy and I think you get a different perspective on life when you have a baby."

Miami tournament director James Blake has called on the WTA to rethink their rules after Williams wasn't seeded for the tournament having been away from the tour for more than a year.

Wozniacki said: "When you come back, you have to start from scratch and it's the same for everyone. But Serena will be fine, she's not worried."

"While Williams will be fighting to add to her remarkable haul of honors, Wozniacki, who starts her campaign in the second round against either Sam Stosur or Monica Puig, heads into the build-up towards the French Open and Wimbledon full of confidence after finally landing the first major of her career in Melbourne.

The 27 year-old is breathing down current number one Simona Halep's neck, but returning to the summit isn't at the top of her wish list.

Wozniacki spent 67 career weeks at number one between October 2010 and January 2012.

When she reclaimed the spot after winning the Australian Open, only to lose it to Halep soon after, it eclipsed the previous longest gap between spells at the top of five years and 29 days, set by Williams between August 2003 and September 2008.

"I am just enjoying my tennis now," Wozniacki said.

"I think once you go to the next Slam, the French Open, I think I'll feel differently because I'll feel less pressure and I think that will be the biggest difference to me.

"I will never get the question about being number one and never winning a Slam so that's a huge plus too.

"But just being able to enjoy my tennis and being healthy, I think that's the key.

"I feel like there's no stress. Getting to number one soon isn't at the forefront of my mind right now.

"Winning the Australian Open was my biggest achievement and something that I'm so proud of.

"At that moment when I won, I became number one. So doing that was much more special than having the number one ranking now in a random regular week.

"I would love to get back, but for me it's important to be there at the end of the year."

Comments
Topics mentioned in this article
Serena Williams Caroline Wozniacki Tennis
Get the latest updates on India vs Australia Series, check out the India vs Australia Schedule for 2020-21 and Ind vs Aus live score . Like us on Facebook or follow us on Twitter for more sports updates. You can also download the NDTV Cricket app for Android or iOS.