Ace India tennis star Sania Mirza believes that being a mother and professional athlete is extremely challenging but gratifying in the end. 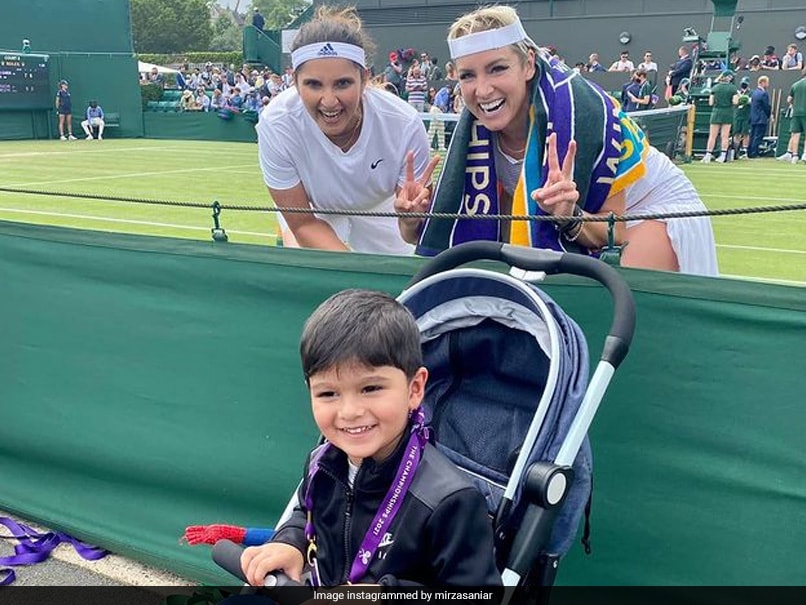 Ace India tennis star Sania Mirza believes that being a mother and professional athlete is extremely challenging but in the end, it is gratifying. She also believes that "sky is the limit" once one puts their mind and soul into the dream they have. In an interaction with ANI, Sania opened up on how she sees her run in 2021, hopes from Ankita Raina, the tennis season next year, and much more. "I think being a mother and a professional athlete is very challenging but extremely gratifying. It has taken me a lot of hard work to get into this position of competing at the highest level," Sania said.

"I do not really care about the naysayers, but I want to tell young women out there who want to be mothers or are mothers that nothing can stop you if you put your mind to it," she added.

"If you work hard, put in a lot of effort, the sky is the limit. Do not try to kill your own dream just because you have a baby. You can still follow your dream and be a great mother," she said.

"At least I have some momentum better than last year and hopefully, I can build on that final I played in Cleveland a couple of weeks ago. Onwards and upwards from there," she added.

"Olympics is always special, it is always unbelievable to represent your country and that is something I have been able to do for many many years and I feel extremely privileged and grateful to be able to do that," she said.

"This time it was a bit different because of the COVID-19 pandemic and the rules but playing for the country has been the biggest honour," she added.

The 34-year-old might have played in just two Grand Slams in 2021, but she is looking to play all four next year, as she has some momentum with her now.

"Next year is a long way off but the plan is to play next year. This year I was able to play in only two Grand Slams and it has been difficult to travel and everything. Next year, I hope to have more momentum and play more weeks in the year and hopefully all the Grand Slams of course," said Sania.

Talking about Ankita Raina, Sania has nothing but good things to say about the player and expects the 28-year-old to make it big soon.

"Ankita is someone who is better than all the girls who are there in the country. She is much better than them, she is competing in the WTA's on a regular basis, at least in the smaller events. She knows what she needs to do to make that next big jump. Let's hope she is going to make it sooner rather than later. She is a very disciplined girl, she works very hard. I think that is her biggest strength," said Sania.

"But having said that, she is 28 years old, let's hope she is going to make that big jump soon. She is an exciting tennis player and I am hoping the baton can be passed very very soon," she added.

When asked how important it is to look after one's mental health in these unprecedented times, Sania said, "Mental health is as important as physical health. I have been saying this all through my career. I cannot stress it enough, I am glad people are finally talking about it. It is not a taboo to have a mental breakdown or to have a mental issue."

"Mental health needs to be given equal importance as much one gives to physical health. Especially as an athlete, we are under a lot of pressure on a day-to-day basis," she said.

"When someone like Naomi Osaka takes a step and talks about it, the whole world is going to notice and I am glad that everyone is finally talking about it and there are more and more athletes coming out and talking about the kind of pressure they face. It is okay to not be okay," she signed off.

Comments
Topics mentioned in this article
Sania Mirza Tennis
Get the latest updates on ICC T20 Worldcup 2022 and CWG 2022 check out the Schedule, Live Score and Medals Tally. Like us on Facebook or follow us on Twitter for more sports updates. You can also download the NDTV Cricket app for Android or iOS.