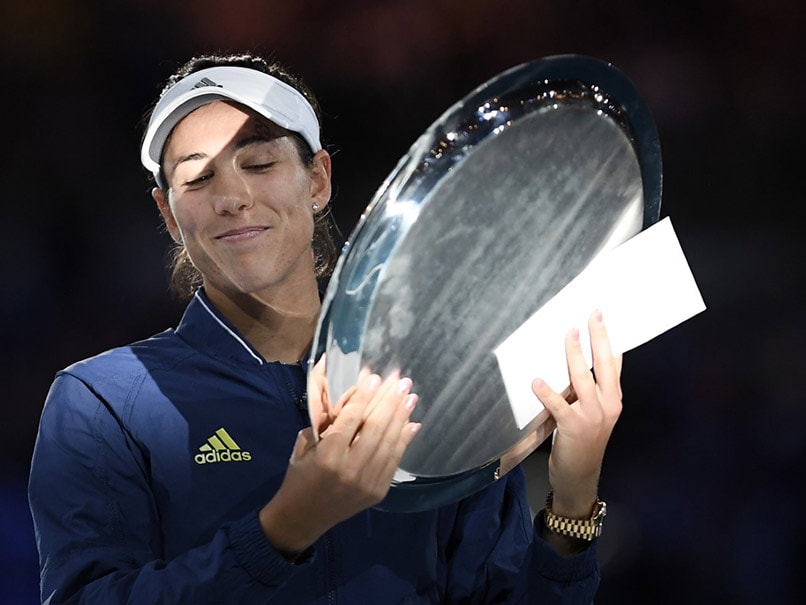 Garbine Muguruza won just one match in the last six months of 2019.© AFP

Garbine Muguruza said she was "smiling inside" despite giving up a one-set lead in losing the Australian Open final to fiery American 14th seed Sofia Kenin on Saturday. The 26-year-old Spaniard was unseeded at a Grand Slam for the first time since 2014 but defied low expectations and a torrid 18 months to come within one victory of a third Major. Kenin, 21 and playing her first Grand Slam final, defeated Muguruza 4-6, 6-2, 6-2 to cap a tournament of surprises in the women's draw in Melbourne. "I think right now it's tough to have a big smile, though I'm smiling inside," said the former French Open and Wimbledon champion.

Muguruza won just one match in the last six months of 2019 and was ranked 36 in the world at the end of the year.

She will now climb back to 16, but it is still a far cry from when she topped the world rankings in 2017.

Muguruza said she felt she had been unfairly treated by media during her struggles for form.

"I'm just taking it easy after these two years," she said.

"The media has been tough on me, I have to say.

"I don't read a lot of things, but I really felt that people... Today people will say very good things about me, and the next week bad things if you lose."

The Venezuelan-born Spaniard also bristled at the notion that reaching the Melbourne final meant that she was "back".

"Back? Hmm, okay. If people see it because I'm in a Grand Slam final, that makes sense," she said.

"But I feel like I was playing a lot of tournaments. I was on the tour, guys, I didn't disappear, I was there."

Muguruza totted up eight double-faults, the last one handing the title to Kenin. It was an anti-climax to her title bid, but the Spaniard had no regrets.

"I try to have a good perspective and not be too dramatic," she said.

"Okay, you lost the match, was important one. But, hey, I'm here, I gave myself a chance to be in a final.

"You realise that and you calm down a little bit."

Comments
Topics mentioned in this article
Garbine Muguruza Sofia Kenin Tennis
Get the latest updates on ICC Women's Cricket World Cup 2022 and IPL 2022, check out the Schedule , Live Score and IPL Points Table. Like us on Facebook or follow us on Twitter for more sports updates. You can also download the NDTV Cricket app for Android or iOS.