Serena Williams will again be the cynosure of the women's singles competition in the Australian Open. She will face Switzerland's Belinda Bencic in a difficult first-round clash on Monday. 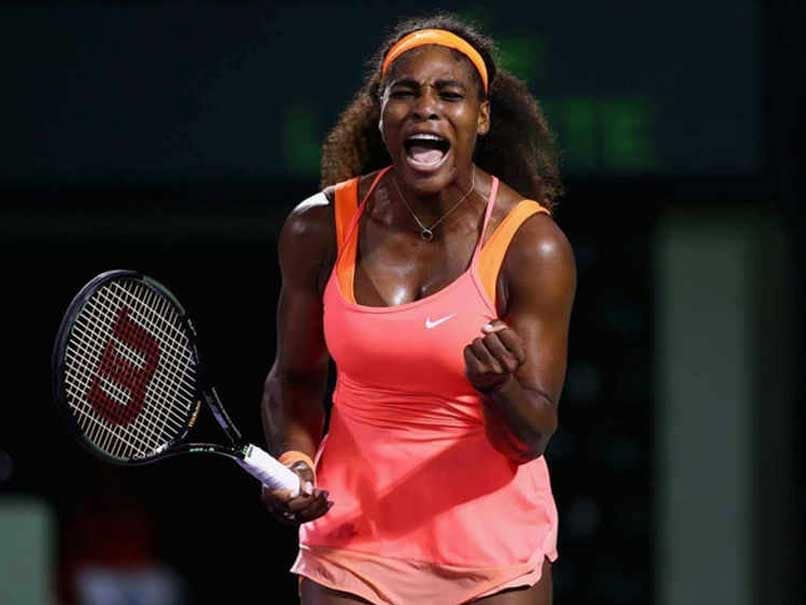 All eyes will be on Serena Williams as she chases her record 23rd Grand Slam victory.© AFP

Serena Williams has vowed to make life difficult for top seed Angelique Kerber and a host of dangerous players out to derail her at the Australian Open, warning she is in Melbourne to win.The American gets her quest for an Open-era record 23rd Grand Slam title underway in a difficult first-round clash against Switzerland's Belinda Bencic in forecast sweltering heat on Tuesday.It will be one the few matches she has played after a four-month lay-off.But the 35-year-old, seeded two, is in fighting mood despite being bundled out in the second round of her only warm-up tournament, the Auckland Classic.

"I didn't come here to lose in the first round, or the second round, or at all," she said on Saturday. "If I can play the way I've been practising, it will be fine.

"I've been spending so much time on the court. It feels really good to be back, just hitting on Rod Laver (Arena), hitting on all the stadiums, it's a good feeling. I love it here."

If she gets past Bencic, Williams could then encounter either in-form Briton Johanna Konta, who won this week's Sydney International, or sixth seed Dominika Cibulkova in the quarter-finals.

And then there's Germany's Kerber, who is scheduled to meet her in the final as the newly-engaged Williams looks to better Steffi Graf's 22 Grand Slam singles titles by winning her seventh Australian crown.

Kerber stunned the tennis great at Melbourne Park last year, upsetting her in the decider for her first major title before later replacing her as the world number one.

That win sparked a memorable season for Kerber, who followed it up by claiming the US Open, where Williams crashed in the semi-finals and has barely played since.

Kerber gets her campaign started against Ukraine's Lesia Tsurenko on a Monday evening centre court clash.

But she has not had a good start to 2017, falling to Ukraine's Elina Svitolina in the Brisbane International quarter-finals, then slumping out in round two of the Sydney International to Russian teenager Darya Kasatkina.

Despite this, she is confident of finding her best form over the next fortnight.

"For me, I'm expecting the same as I was expecting the years before -- going out there trying my best, fighting till the last point," she said.

"This is always how I'm playing, how I am. This will not be changing."

Konta, who made the semis last year and was named the WTA's most improved player for 2016, has blossomed and is encouraged by winning in Sydney.

"I'm definitely very pleased with the level I played," she said. "But we all know that it's not a given. It doesn't decide how you will do in the next event."

Czech Republic's Pliskova is another dangerous floater but like Konta is taking nothing for granted despite her stellar early season efforts.

"I would definitely not take me as a favourite of this tournament," said the tall 24-year-old, who won the girl's singles title at Melbourne Park in 2010.

Several notable players are missing, including two-time Wimbledon champion Petra Kvitova who was injured by a knife-wielding intruder at her home in the Czech Republic last month.

Also out on maternity leave is two-time Australian Open winner Victoria Azarenka, along with five-time major champion Maria Sharapova, who is suspended until April after failing a drugs test at last year's tournament.

Comments
Topics mentioned in this article
Serena Williams Angelique Kerber Maria Sharapova Victoria Azarenka Tennis
Get the latest updates on India vs Australia Series, check out the India vs Australia Schedule for 2020-21 and Ind vs Aus live score . Like us on Facebook or follow us on Twitter for more sports updates. You can also download the NDTV Cricket app for Android or iOS.