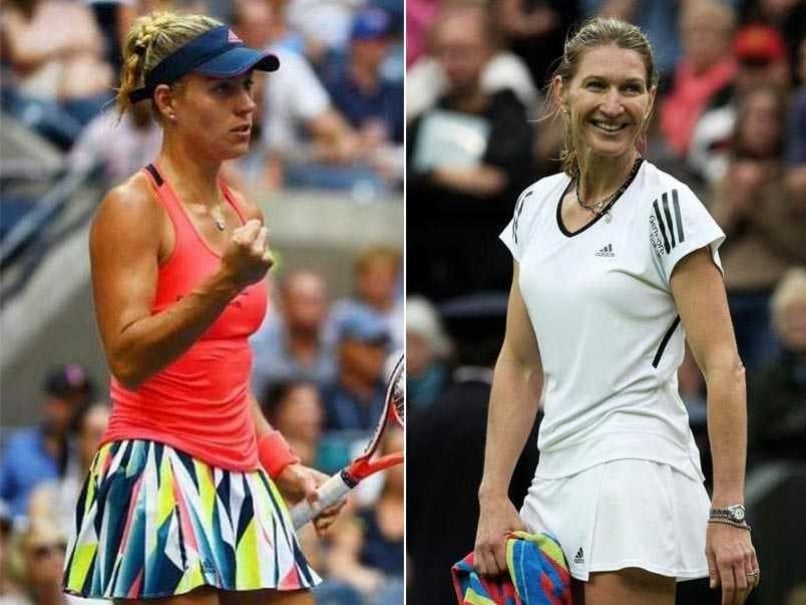 Angelique Kerber received a good luck message from her idol Steffi Graf before the US Open final.© NDTV

It was a thrilling win in three sets over 10th seed Czech Karolina Pliskova that saw Germany's Angelique KerberÂ seal the second Grand Slam title of her career on Sunday, September 10.

Kerber won 6-3, 4-6, 6-4 in an epic final clash at the Arthur Ashe Stadium in New York's Flushing Meadows. Having won the Australian Open title earlier this year and after finishing runner-up at Wimbledon and the Rio Olympics, the German sealed the World no 1 spot with her triumph in New York.

Speaking to reporters after her victory, Kerber revealed how a text message from her idol and tennis great Steffi Graf helped motivate her to win the final against an in-form Karolina Pliskova.

"I used to watch a lot of her matches and I remember that all the matches were very fast. This is what I remember," Kerber said.

"I heard from her yesterday (Friday) or like two days ago. She was wishing me luck for the final. Right now, I don't know if she has messaged me because my phone is somewhere, so I don't know how many messages I have now.

"But she was always my idol and I told her that so many times. She's a great champion as well. For me, it's really important to go on my own way and to have her in Germany with all the things she did for tennis, it's just amazing," she added.

Steffi Graf, who hails from Germany but is now settled in the US, jointly holds the record with Serena Williams for the highest number of singles Grand Slam titles in the Open Era, across both genders, with 22 majors to her name.

Comments
Topics mentioned in this article
Tennis Angelique Kerber
Get the latest updates on India vs England Series, India vs England , live score and IPL 2021 Auction . Like us on Facebook or follow us on Twitter for more sports updates. You can also download the NDTV Cricket app for Android or iOS.