Alison Riske tied the knot with her long-time partner Stephen Amritraj, who is the son of former Indian Davis Cup player and captain Anand Amritraj. 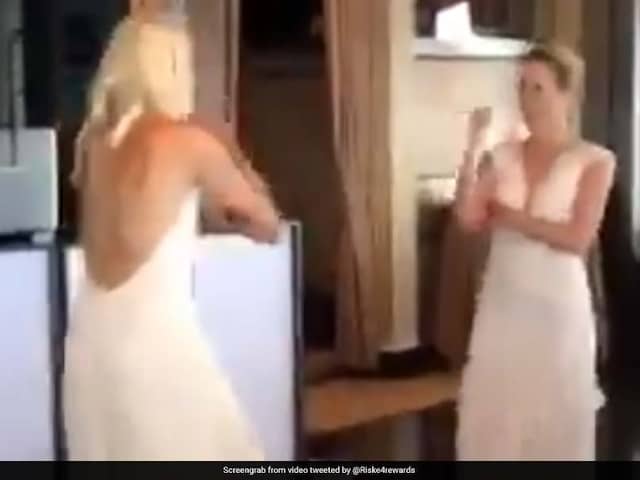 American tennis player Alison Riske, who had reached the Wimbledon 2019 quarter-finals, danced to a Bollywood track at her wedding with Stephen Amritraj, leaving India tennis star Sania Mirza awestruck with her moves. Alison Riske tied the knot with her long-time partner Stephen Amritraj, who is the son of former Indian Davis Cup player and captain Anand Amritraj. Alison made the moment memorable by dancing on a track from the Bollywood movie Baar Baar Dekho and later posted the video on Twitter. Sania Mirza, impressed by Riske's moves, replied on the tweet saying, "Yay!! Congratulations.. to you and @stephenamritraj those moves btw."

officially an Amritraj! I'm the luckiest lady because of @stephenamritraj ! where all my new Indian followers at??!! here's a little Bollywood to try to win over your affection! pic.twitter.com/ejX29aT5cF

World No.37 Riske had stunned top seed Ashleigh Barty in the Wimbledon 2019 to reach her first grand slam quarter-final. For Riske, it was perhaps an unexpected early wedding present but extremely well-earned.

"I had to play aggressive. I had to take it to Ash, the grass definitely brings out the best in me. Hopefully it will rub off and happen in other places too," Riske had said after her win over Barty.

She, however, lost the quarter-final to Serena Williams in three sets.

The 29-year-old Riske is yet to win a Grand Slam title. Her best finish in the Australian Open was a third round. In the French Open and US Open, she has registered round two and round four respectively as her best finishes.

Comments
Topics mentioned in this article
Alison Riske Serena Williams Sania Mirza Tennis
Get the latest Cricket news, check out the India cricket schedule, Cricket live score . Like us on Facebook or follow us on Twitter for more sports updates. You can also download the NDTV Cricket app for Android or iOS.