Serena Williams had to draw on all her strength to get past unseeded compatriot Alison Riske in the last eight. 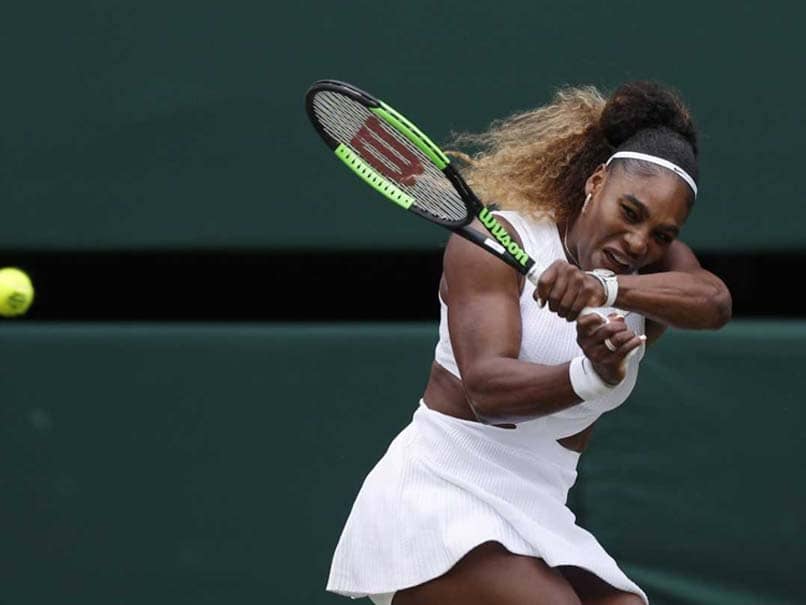 American superstar Serena Williams is tantalisingly close to equalling Margaret Court's record haul of 24 Grand Slam titles but it's far from a certainty given her shaky displays so far at Wimbledon. The 37-year-old seven-time champion had to draw on all her strength -- physical and mental -- to get past unseeded compatriot Alison Riske in the last eight and faces another grass court loving opponent in Barbora Strycova in Thursday's semi-finals. The 33-year-old Czech veteran -- the oldest player to play in a woman's semi-final for the first time -- has found the thought of retirement a spur for playing some of her finest tennis and says she will step onto Centre Court "without any fear".

The other semi-final pits two seeds against each other, seventh seed and former world number one Simona Halep against eighth seeded Ukrainian Elina Svitolina.

It says a lot about the turbulence of women's tennis that Williams is making her 12th semi-final appearance while of the other three only Halep has gone this far before, and that was back in 2014.

Williams is the colossus that still bestrides women's tennis, but there are chinks in her armour as have been exposed both at Wimbledon and in her last two Grand Slam finals.

Outplayed by Angelique Kerber in last year's Wimbledon final and then a spectacular meltdown in the US Open defeat by Naomi Osaka gives Strycova genuine hope of an upset.

Not that the diminutive Czech will require any as her bubbly character oozes optimism and her form guide is as good as any of the semi-finalists having ousted four seeds on her way to the semi-final.

Williams's clay court campaign was affected by a knee injury but has accrued invaluable extra game time by playing the mixed doubles with another former world number one, Andy Murray.

"This is the first time since Australia (she reached the quarter-finals of the Australian Open) that I actually felt, like, good," said Williams.

"It's been a really, really long year for me already, and hard year, because I'm usually not typically injured.

However, she has still looked vulnerable and Strycova's speed round the court and array of shots will pay dividends if she reproduces the leaden-footed performance she put up against Riske.

"She's good on the grass," Williams said of an opponent she has defeated three times without dropping a set, including the first round at Wimbledon seven years ago.

"She knows what to do. She has a good all-around game. She's incredibly tricky. It's definitely not easy.

"But it's something I'm definitely geared up for."

Strycova for her part described Williams as a great champion and amazing athlete but if that indicated she was intimidated  think again.

"I don't have such a power like Serena, but I have other weapons.

"I will try to use them as much as I can. I will enjoy.

"I have really at this point nothing to lose."

Halep should  prevail in the other clash, not only because of her greater experience and having won a  Slam in last year's French Open, but she says she has at last taken to grass after not being best suited to it when she lost to Eugenie Bouchard in the 2014 semi-final.

Halep showed this in impressing in her previous two matches dealing with the partisan crowd in beating Coco Gauff and then coming back from 4-1 down and break points in the first set against Zhang Shuai in her quarter-final.

"Everything changed. I have a lot of experience now. I'm more confident.

"I love grass. It's first time when I say that."

Svitolina has at last broken the psychological barrier of reaching the semi-finals -- four losing quarter-final appearances at other Slams testify to her inability to go further.

"I am not going to give up the match easy," she said.

Comments
Topics mentioned in this article
Serena Williams Tennis
Get the latest updates on India vs England Series, India vs England , live score and IPL 2021 Auction . Like us on Facebook or follow us on Twitter for more sports updates. You can also download the NDTV Cricket app for Android or iOS.