The 27-year-old, ranked 42 in the world, missed the tests in a 12-month period with the French Tennis Federation (FFT) saying she would not be considered for Fed Cup duty while the inquiry was ongoing. 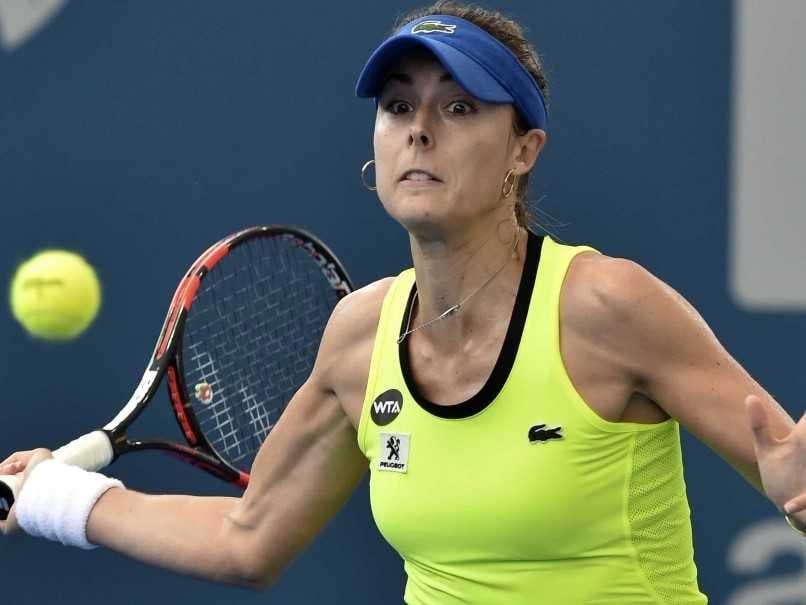 Cornet was last in action at the Australian Open in Melbourne.© AFP

Frenchwoman Alize Cornet has been placed under a disciplinary investigation after missing three random drug tests, anti-doping officials said Thursday. The 27-year-old, ranked 42 in the world, missed the tests in a 12-month period with the French Tennis Federation (FFT) saying she would not be considered for Fed Cup duty while the inquiry was ongoing. The International Tennis Federation's Tennis Anti-Doping Programme said Cornet was charged on January 11 with "a violation of Article 2.4 -- (failing three times in any 12-month period ... to be available for testing at the declared whereabouts)".

Cornet issued a statement claiming the ITF "didn't want to hear" her reasons for the missed tests, but the tennis body disputed this.

It said all the correct processes were "followed in all three instances".

"No further comment will be made pending determination of the case, except as may be necessary to respond to public comment by Ms. Cornet or her representatives," it added.

Cornet could be banned from the sport as World Anti-Doping Agency rules allow for a suspension of up to two years.

However, that could be halved depending on the degree of fault. Cornet will now have to prove that she had a legitimate reason for missing one of the tests.

Cornet was last in action at the Australian Open in Melbourne where she was knocked out in the third round by Belgian qualifier Elise Mertens.

The Frenchwoman needed a medical timeout in that clash, complaining of the effects of 40-degree heat. She went on to lambast tournament officials for treating players like "robots".

"Among the 20 anti-doping controls that I had in the 2017 season, which were all negative of course, I missed three unannounced controls at home because of valuable reasons that the ITF didn't want to hear," she wrote in a Twitter statement Wednesday.

"My case will be presented in a hearing in March. I promise you to stay strong during this tough time."

Cornet, who reached a career high of 11 in the world in 2009 and has won five singles titles, will not be considered for the French Fed Cup team's World Group tie against Belgium on February 10 and 11.

"Pending the decision of the international disciplinary bodies, Pierre Cherret, the interim national technical director, in full agreement with Yannick Noah, the captain of the France team, decided to allow Alize Cornet prepare her defence and, therefore, not to name her in the team to be named next week," the FFT said.

"The French Tennis Federation, despite the consequences that the absence of Alize Cornet is likely to cause for the France team on a sporting level, wishes to reaffirm its firm determination to see the anti-doping program of the ITF be fully implemented."

Comments
Topics mentioned in this article
Alize Cornet Tennis
Get the latest updates on India vs Australia Series, check out the India vs Australia Schedule for 2020-21 and Ind vs Aus live score . Like us on Facebook or follow us on Twitter for more sports updates. You can also download the NDTV Cricket app for Android or iOS.