"I Will Be A Grand Slam Champion," Says Alexander Zverev After US Open Loss

US Open: Alexander Zverev went two sets and a break up in his first Grand Slam final before losing in five sets to Austria's Dominic Thiem. 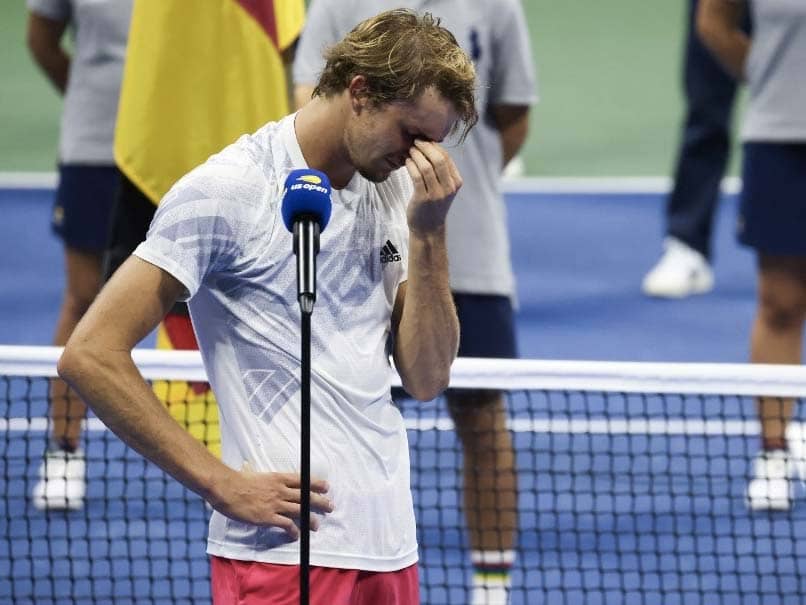 Alexander Zverev pledged to bounce back from his bitterly disappointing loss in the US Open final.© AFP

Alexander Zverev pledged to bounce back from his bitterly disappointing loss in the final of the US Open on Sunday to capture a Grand Slam one day. The 23-year-old German went two sets and a break up in his first Grand Slam final before losing in five sets to Austria's Dominic Thiem. "I was super close to being a Grand Slam champion. I was a few games away, maybe a few points away," a dejected Zverev told reporters. "For me what upset me the most is not the third set, it's the fifth set," when he was serving for the championship at 5-3.

"I had a lot of chances in the fifth set and didn't use them," he added.

It was the first time in the US Open's Open era history that a player had recovered from losing the opening two sets to win the title.

It was also the first time the final had been settled by a tie-break.

Zverev said it hurt to lose in the manner he did.

"Obviously being two sets to love and a break up in a Grand Slam final then losing is not easy," he told reporters.

Zverev's debut appearance in the last-two of a tennis major came after he reached the semi-finals of the Australian Open earlier this year.

Zverev said the rawness of the Flushing Meadows defeat meant it was too soon to say whether he had taken any positives from going a step further.

"That question is probably two, three days too early to ask right now," he said.

But the German, who came into the tournament ranked seventh in the world, added that he was sure he would capture a tennis major in the future.

"I'm 23 years old. I don't think it's my last chance. I do believe that I will be a Grand Slam champion at some point," he said.

Comments
Topics mentioned in this article
Alexander Zverev Dominic Thiem Tennis
Get the latest updates on India vs Australia Series, check out the India vs Australia Schedule for 2020-21 and Ind vs Aus live score . Like us on Facebook or follow us on Twitter for more sports updates. You can also download the NDTV Cricket app for Android or iOS.