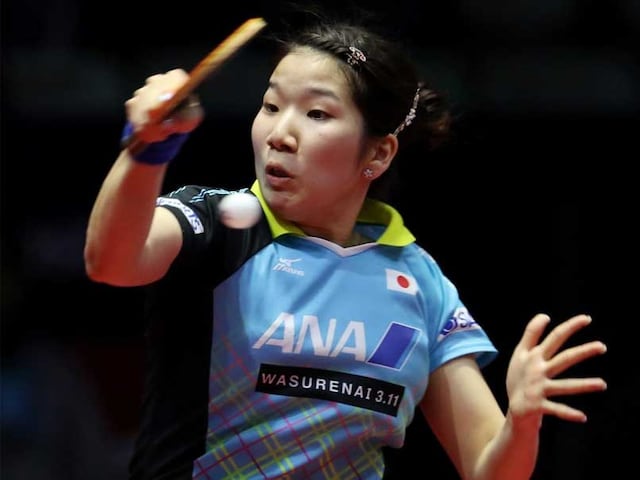 Ekholm claimed the first game 11-7 even before Mori got into her groove. But once the Japanese player started firing her forehand top spins, she couldn't find the strokes to counter her.

She lost the next two games comprehensively 3-11, 5-11 to almost turn it into a one-sided affair. But then she retrieved some resilience from her repertoire and fought all the way to the wire in the fourth game. She had a couple of opportunities to regain ground but failed to capitalise on them and lost 12-14.

That, however, gave her the confidence to take on her 21-year-old opponent in an attacking vein. She used her forehand smashes a lot more diligently to win the next two games 11-6, 11-8 to take the contest to the decider.

The seventh game, sadly, turned out to be an anti-climax. Ekholm committed one mistake after another to quickly go down 0-5. It turned to 2-9 to turn and even though clawed her way back to 5-9, it was just a matter of time after that.