Aryan Mahajan beat Joon Sung 3-2 in the final to win the under-16 table tennis tournament in Columbus, Ohio. 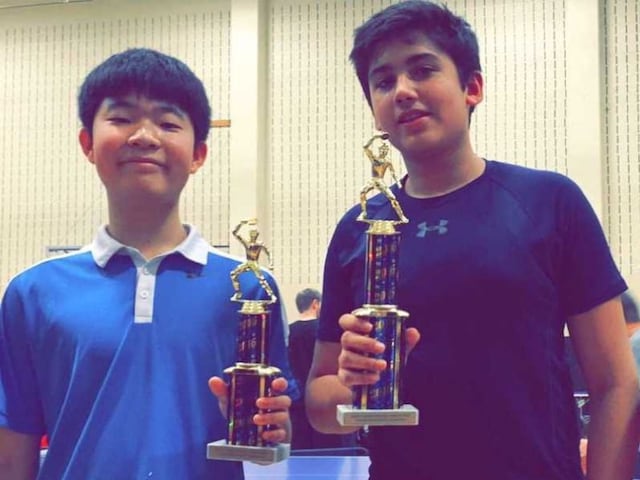 Aryan Mahajan (right), who is from Cleveland, has been extensively training with Ohio's top table tennis player and mentor Samson Dubina.© NDTV

The tournament had varied events including awards for under-16 years and various other game ratings.

Mahajan ended up pacing his way through the event, winning his group quarterfinals by defeating all opponents in the under-16 years event.

He then played Andrew Schneide in the semi-finals, proceeding to the finals where he played against Joon Sung from Columbus. Mahajan defeated Joon (3-2) after a series of very close games.

The Indian teenager has actively been participating in other events including the Aurora Cup last month in Chicago, where he also proved his mettle by reaching the quarterfinals.

He has been extensively training with Ohio's top player and mentor Samson Dubina, who is preparing him for the upcoming Arnold Sports Festival in early March this year, where he had won awards last year as well.