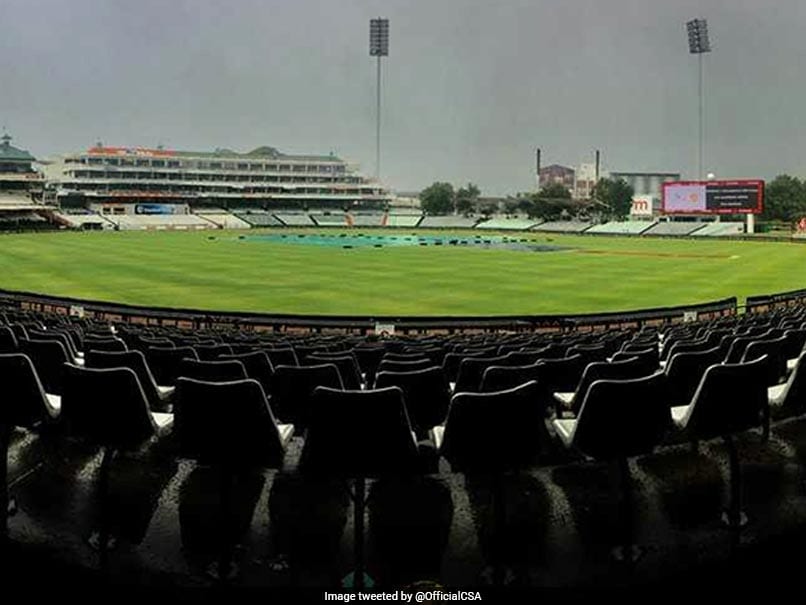 Persistent rain washed out the morning session on day three of the first Test between South Africa and India here. Heavy showers had been forecast for Sunday and they duly arrived early in the morning. It didn't stop raining at all, instead picked up as the scheduled start time of play approached. At the time of writing there were huge puddles of water all across the Newlands' outfield. The weather forecast says that conditions are expected to improve around 3pm local time (6.30pm IST), and there might be chance of play in an extended final session.

The match hangs in balance, meanwhile. On day one, South Africa were bowled out for 286 runs in the first innings with Bhuvneshwar Kumar taking 4-87. India were reduced to 28/3 at stumps.

On day two, India finished with 209 runs in their first innings, surrendering a 77-run lead. South Africa were 65/2 at stumps with an overall lead of 142 runs.

Hardik Pandya single-handedly kept his side in contention with 93 runs off 95 balls and then took 2-17 as well.

Dale Steyn, on his comeback to Test cricket, suffered a heartbreaking heel injury whilst bowling during the Indian first innings. He has been ruled out of the remainder of this Test, and the series as a result.

Comments
Topics mentioned in this article
India Cricket Team South Africa Cricket Team Virat Kohli Faf du Plessis Newlands, Cape Town South Africa vs India 2018 Cricket
Get the latest updates on ICC T20 Worldcup 2022 and CWG 2022 check out the Schedule, Live Score and Medals Tally. Like us on Facebook or follow us on Twitter for more sports updates. You can also download the NDTV Cricket app for Android or iOS.