India vs South Africa: Twitter In Awe Of Lungi Ngidi After Match-Winning Spell 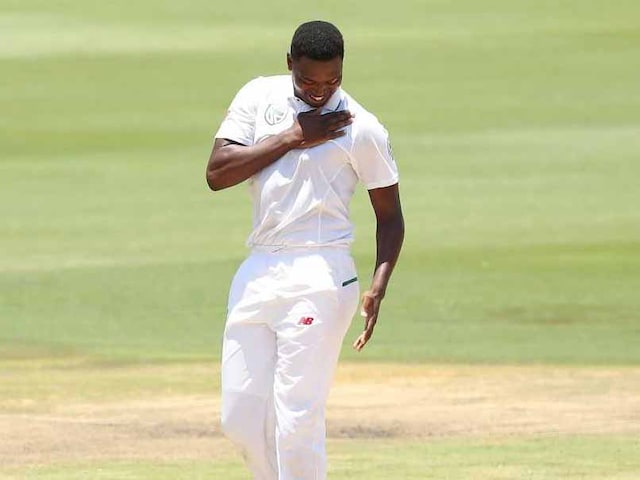 It couldn't have been a better debut for 21-year-old South African fact bowler Lungi Ngidi. The debutant bowled a match-winning spell of 6/39 in the second innings to down India by 135 runs taking an unassailable 2-0 lead over the visitors. India succumbed to his pace and variations and eventually lost the second Test at SuperSport Park in Centurion on Wednesday. India had resumed the fifth and final day on 35/3 with Cheteshwar Pujara and Parthiv Patel at the crease. They got off to the worst possible start to Day 5 when Pujara was run out for 19, becoming the first Indian batsman ever to be run out in both innings of a Test match.

Ngidi had already outfoxed opener Lokesh Rahul and the Indian skipper Virat Kohli for 5 runs on the fourth day, dismissing him LBW. He continued from where he had left on Day 5 too. He then sent back, Hardik Pandya, Ravichandran Ashwin, Mohammed Shami and Jasprit Bumrah to complete his best bowling figures on his debut Test.

He also took the solitary wicket of Parthiv in the first innings. His performance didn't go unnoticed as the present and former cricketers like Sanjay Manjrekar and Virender Sehwag lauded the youngster for his ferocious bowling spell.

Ngidi has been absolutely sensational...playing in place of Steyn....and didn't let anyone miss the great man. Super Debut. #SAvIND

A dream debut for Lungi Ngidi! His 6/39 helps bowl India out for 151 to win the 2nd #SAvIND Test by 135 runs and secure the #FreedomSeries.https://t.co/WB1xddEOLO pic.twitter.com/6JJM9fv5R0

What a wonderful and hugely impressive debut for Lungi Ngidi

The 3rd and final Test of the series will be played at Johannesburg from January 24. India will also play 6 ODIs and 3 T20Is before wrapping up the tour on February 24.

Comments
Topics mentioned in this article
Lungi Ngidi Virat Kohli South Africa Cricket Team India Cricket Team South Africa vs India 2018 Cricket
Get the latest Cricket news, check out the India cricket schedule, Cricket live score . Like us on Facebook or follow us on Twitter for more sports updates. You can also download the NDTV Cricket app for Android or iOS.