Dhawan was seen entering the hotel with his left-ankle heavily strapped and was accompanied by physio Patrick Farhart. 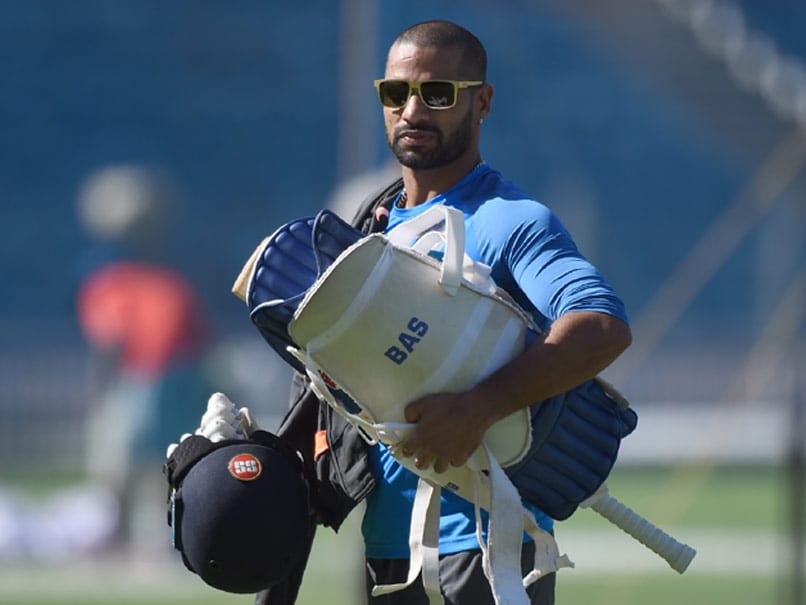 If Shikhar Dhawan is rendered unfit, then KL Rahul is expected to open the batting with Murali Vijay.© AFP

Indian opener Shikhar Dhawan raised many eyebrows when he was seen entering the team hotel limping ahead of the team's departure for South Africa tour. Dhawan was seen entering the hotel with his left-ankle heavily strapped. He was accompanied by physio Patrick Farhart. The left-hander has also undergone MRI scan. "Shikhar Dhawan's ankle is being assessed. The physio is yet to give any report to the national selectors. As of now, he is travelling with the team. However, it can't be ascertained whether he will be available for the first Test match or not," a senior BCCI official told PTI on the condition of anonymity.

India were set to depart for South Africa on Wednesday and Dhawan's condition appeared to be a doubtful starter for the opening Test against the Proteas, starting January 5 at Newlands in Cape Town.

If Dhawan is rendered unfit for the first Test, then KL Rahul is expected to open the batting with the dependable Murali Vijay.

As per the selection pattern of the Indian teams whenever there has been an injury concern, the fourth opener currently would be Tamil Nadu's Abhinav Mukund, who had scored 82 in his last Test appearance in Sri Lanka.

Dhawan played two Tests in the home series against Sri Lanka and scored 192 runs at an average of 48.00.

The in-form Vijay was the third highest run-getter in the Test series after Virat Kohli and Dinesh Chandimal. The right-hander scored 292 runs in 2 Tests at an average of 97.33, including two centuries.

Comments
Topics mentioned in this article
India Cricket Team South Africa Cricket Team Shikhar Dhawan South Africa vs India 2018 Lokesh Rahul Murali Vijay Abhinav Mukund Cricket
Get the latest updates on India vs Australia Series, check out the India vs Australia Schedule for 2020-21 and Ind vs Aus live score . Like us on Facebook or follow us on Twitter for more sports updates. You can also download the NDTV Cricket app for Android or iOS.