A virus prevented Steyn from proving his match fitness in last week's two-day rout of Zimbabwe. 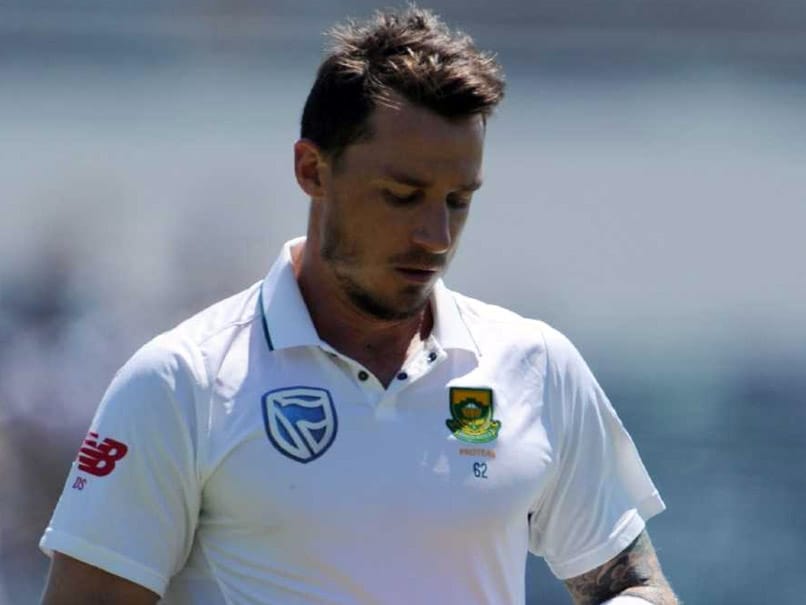 South African coach Ottis Gibson on Tuesday admitted that fitting Dale Steyn into the team for the first Test against India in Newlands was a selection headache. "He's had a year off," said Gibson about the long-time number one bowler in the world, who is recovering from a serious shoulder injury. A virus prevented Steyn from proving his match fitness in last week's two-day rout of Zimbabwe. It would have been his firstTest appearance since November 2016. "He might well play this weekend, depending on the make-up of the team," said Gibson ahead of the start of the three-match series on Friday.

But with Steyn having broken down in three of the last five Tests he has played since late 2015, Gibson said he had to be cautious.

"I wouldn't think that if you were to pick a three-man seam attack plus a spinner that you would want to put him into that three-man attack in case something happened. It would leave you too vulnerable in case he doesn't finish a game."

Gibson said, though, that there was a possibility, depending on conditions, that South Africa might opt for an extra bowler, which would bring Steyn into the picture.

He added that he liked the look of the Newlands pitch, although he warned that it might change by Friday. "It's got a nice covering of grass and it looks quite hard and firm. That's how we like it."

After guiding South Africa to lop-sided victories against Bangladesh and Zimbabwe in his first three Tests in charge, Gibson said he was looking forward to a tough series against the team ranked number one in the world.

"We're playing the best team in the world and you obviously have to have your A game," he said.

Gibson said Faf du Plessis, who missed the Zimbabwe match because of illness, would definitely be back to lead the team, while Quinton de Kock has recovered from a hamstring strain which prevented him from keeping wicket against Zimbabwe.

Indian top-order batsman Cheteshwar Pujara, meanwhile, continued the message of confidence that has been a hallmark of the Indian party since they arrived in South Africa.

"Our preparation has been fantastic so far," said Pujara. "We are very confident."

Pujara said the Indians had been getting ready for the tour since their three home Tests against Sri Lanka in November and December, with pitches prepared to be as much like those in South Africa as possible.

"When we were playing Sri Lanka we had this series in mind. Obviously it was different from what we might get here but we tried replicating what we could. Even in our net practices we had in mind that we would be touring South Africa and we were trying to practise accordingly," said Pujara.

Pujara is on his third tour of South Africa. "Most of our players have been here before," he said. "We are not bothered about the kind of pitch that is prepared. Bounce is always a challenge but we know what to expect from the pitch and the opposition. When you have spent some time on these pitches you know what to do."

Comments
Topics mentioned in this article
South Africa Cricket Team India Cricket Team South Africa vs India 2018 Dale Steyn Cricket
Get the latest updates on ICC T20 Worldcup 2022 and CWG 2022 check out the Schedule, Live Score and Medals Tally. Like us on Facebook or follow us on Twitter for more sports updates. You can also download the NDTV Cricket app for Android or iOS.