Bhuvneshwar Kumar became the second Indian after Yuvenzdra Chahal to pick up a five-fer in a T20I. 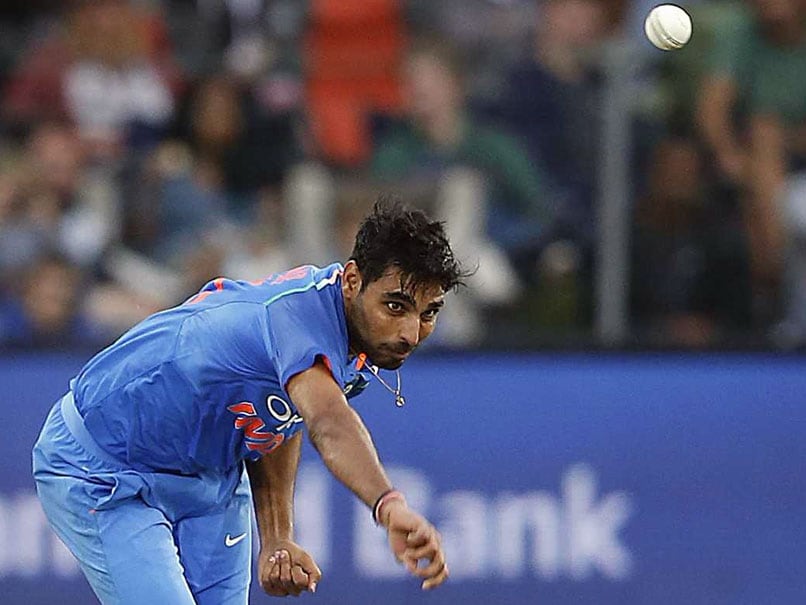 Indian pacer Bhuvneshwar Kumar on Sunday entered the record books with his career-best bowling figures of 5/24 in the first T20I against South Africain Johannesburg. With this feat, Kumar also became the second Indian after Yuzvendra Chahal to pick up a five-for in a T20I. Kumar was spot on with his bowling as he took the crucial wicket of Reeza Hendricks (70 runs) in the 18th over diminishing whatever hopes the hosts had against India. Kumar also became the first Indian paceman to claim a five-wicket haul in T20Is.

India beat South Africa in the first T20I by 28 runs riding on a stellar bowling display by Kumar. India opener Shikhar Dhawan and Rohit Sharma gave the visitors a solid start but the latter fell after scoring a quick-fire 9-ball 21. Dhawan (72) and skipper Virat Kohli (26) continued their impressive partnership after Rohit's dismissal. Manish Pandey (29) and Hardik Pandya (13*) helped India post a competitive total of 203/5 in 20 overs. Chasing 204 runs, South Africa kept losing wickets at regular intervals and it was Hendricks who gave the hosts a glimmer of hope. However, the match belonged to Kumar for his ferocious bowling spell that took the game away from the Proteas.

India take on South Africa in the second T20I on Wednesday at the SuperSport Park in Centurion. India are 1-0 up in the three-match T20I series.

Comments
Topics mentioned in this article
India Cricket Team South Africa Cricket Team Bhuvneshwar Kumar South Africa vs India 2018 Cricket
Get the latest updates on ICC T20 Worldcup 2022, check out the Schedule and Live Score. Like us on Facebook or follow us on Twitter for more sports updates. You can also download the NDTV Cricket app for Android or iOS.