Final Session Of A Day Will Be Crucial Against India: Morne Morkel

South Africa pacer Morne Morkel feels that final session of a day will be crucial for his side's attack to do the damage on Indian batsmen. 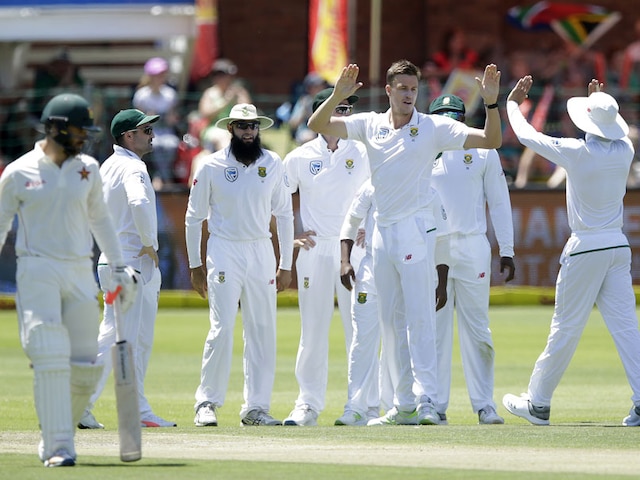 South Africa seamer Morne Morkel reckons that it will all come down to the last session of play in the day when the ball is soft and conditions are tough. Morkel feels that if South Africa can put the brakes on the scoring in the final session and pick up wickets then it will keep his team on good stead against the visitors. The three-match Test series begins on January 5.

"It's going to be about that last session in the day when the ball is soft and conditions are tough. Majority of the runs in Test cricket are scored after tea time. So for us, it's going to be if we have enough petrol in the tank to knock India over at the back end of the day," Morkel said about the upcoming series against India.

Morkel claimed his first Test five-for in five years against South Africa's one-off Test against Zimbabwe in Port Elizabeth which the Proteas won inside two days. Despite being the most successful seamer in the match, he is the also the one most at risk of missing out against India when Dale Steyn returns.

If South Africa stick to a frontline attack of three seamers and a spinner at Newlands, Morkel may have to watch the match from the sidelines. Kagiso Rabada and Vernon Philander are all but secure. This leaves the selectors to choose between the swing of Steyn and the bounce of Morkel.

"We'll have to see," said 33 year-old Morkel, who has taken 281 wickets from 80 Tests so far, about the likely team composition against India.

"Dale has been bowling exceptionally well in the nets. He looks strong, he is very fit and I reckon he would have been a handful on this (Port Elizabeth) wicket but it's another week for him to freshen up."

While Steyn has not played an international fixture since November 2016, Morkel has featured in all but one of South Africa's Tests since March.

Morkel missed the second match against Bangladesh in October after suffering a side strain in the first and needed six weeks to recover.

Comments
Topics mentioned in this article
India Cricket Team South Africa Cricket Team Morne Morkel South Africa vs India 2018 Cricket
Get the latest Cricket news, check out the India cricket schedule, Cricket live score . Like us on Facebook or follow us on Twitter for more sports updates. You can also download the NDTV Cricket app for Android or iOS.