South Africa extend lead as No.1 Test side in ICC rankings 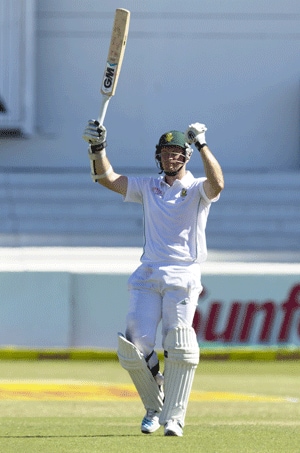 South Africa on Monday strengthened their position as the number-one ranked side on the ICC Test Team Rankings table courtesy their 10-wicket victory over India in the second and final Test in Durban.

Meanwhile, Australia have an opportunity to finish third on the rankings table.

Australia had entered the Ashes series in fifth position on 101 ratings points, but after taking a 4-0 lead against England, they are guaranteed fourth position on the table. And Michael Clarke's side will gain one more place if they remain unbeaten in the Sydney Test, which starts on January 3.

The only way England can defend their third position on the table is by winning the Sydney Test. In this scenario, England will end on 109 ratings points while Australia will finish on 108 ratings points.

Pakistan, which will slip to fifth irrespective of how the Ashes conclude, can keep the pressure on Australia and England if they win the series against Sri Lanka.

With the top four sides as of December 31, 2016 qualifying for the inaugural ICC World Test Championship scheduled for 2017, every Test counts towards the qualification.

The qualification pathway for the World Test Championship is through the ICC Test Team Rankings, with the qualifying period being from May 1, 2013 to December 31, 2016. The top four teams at the conclusion of the qualification period will qualify for the event in 2017.

Comments
Topics mentioned in this article
Cricket India Cricket Team South Africa Cricket Team South Africa vs India 2013-14
Get the latest updates on Fifa Worldcup 2022 and check out  Fifa World Cup Schedule, Stats and Live Cricket Score. Like us on Facebook or follow us on Twitter for more sports updates. You can also download the NDTV Cricket app for Android or iOS.