Jacques Kallis is the greatest all-rounder of the modern era, says Shaun Pollock

Shaun Pollock believes that Jacques Kallis was the man who raised the benchmark for the South African batsmen. 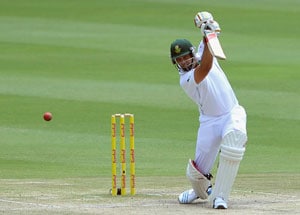 Former South African captain Shaun Pollock termed Jacques Kallis as the "greatest all-rounder of the modern era" and someone who can only be compared to the contemporary legends like Sachin Tendulkar, Ricky Ponting and Brian Lara to name a few. (Kallis hits 150th international fifty)

"In the modern era, he will go down as the greatest all-rounder, if not the cricketer. I can't compare with others that I didn't see play. I don't know what (Sir Garfield) Sobers was like. From what I have experienced, Kallis was certainly the greatest all-rounder of my generation," Pollock said at a press conference on Saturday. (Kallis playing perfect innings: Petersen)

"The people you would be comparing him with would be Ricky Ponting, Sachin Tendulkar, Brian Lara and maybe Rahul Dravid as well. Lara for example, was more flamboyant. Sachin, we all know, went in at age 16, having the reputation that he did in India meant that he got a lot of accolades and brought a lot of attention to himself".

According to Pollock, Kallis was a silent performer who always did his bit for the team. (Day 3 report)

"Whereas Jacques just got on with his business, continuously getting runs, being the backbone of our batting line-up for a long period of time. Even on his bowling contributions, it was always two or three wickets he used to pick up.

"But there weren't many performances that brought a lot of attention to him. He was always there doing his part. And I think that's why in many ways, he slipped underneath the radar.

Pollock believes that Kallis was the man who raised the benchmark for the South African batsmen. (Highlights)

"I think Kallis has been a catalyst for many South African batsmen. At that time, we had a lot of batsmen averaging in the 40's or just over-40. He raised the benchmark. He took it to a new level. Guys have followed suit. Graeme Smith, Hashim Amla, AB de Villiers all the guys who have come after have set themselves new standards of what is a good average and what is to be achieved."

Pollock said that Kallis knew how to channelise his anger and emotions with the right kind of performance. (Kallis 2nd player to take 200 Test catches)

"Often, he used to get motivated from an anger perspective. It was never outright anger. It was always anger with a cause. "I'll show them" or "give me the ball and I'll put something right" kind of thing. He used to channel that energy in a good way.

"Like that Sri Lanka game in the World Cup in 1999. He was angry for some reason, I can't remember why but when we gave him the ball, he charged in and tried to bowl at the speed of light, which he did. That is what made his bowling special. That he had the ability to crank it up. He operated over a 130 during his whole career and also had the ability to go up to 140 at times".

It was Kallis' sense of humour during critical phase that helped the team chase 434 in the one day game against Australia.

"When we lost the toss, they batted first. They came in the break having conceded 434 runs and I was sitting with coach Mickey (Arthur) and trying to come up with little targets that they could try and chase down. When they came in there was a bad atmosphere. Everyone was quiet. There was little that was said. It was still. No humour," Pollock recalled.

"Jacques was the last man to come in. He was fielding at fine-leg. And as he walked in he said something along the lines of "Well guys the bowlers have done the job. They're 10 runs short of what they should have got. Let's go and get it." And everyone burst out laughing because everyone knew that 434 wasn't really 10 runs short. But it turned out to be that way".

Pollock said that Kallis was not someone who aspired to lead a side and always focussed on his inherent strength.

"He was always someone who shied away from that kind of stuff. He knew what his strengths were with regards to batting and bowling and doing his job for the side.

"I didn't think he ever wanted to take that extra responsibility on his shoulders, of having to captain the side. I think he was quite happy doing what he did best and was very good at doing that". Pollock also spoke about the contribution that Kallis' father had and how loyal a friend he had been over the years.

"His (Kallis) mother passed away when he was young, so his dad played a huge role. His dad had made a lot of sacrifices for him and really supported him through his career. I know when he gets 50s or 100s he always acknowledges his dad.

"Jacques always came across, to me, as a very loyal person, whether it was to team-mates, friends or sponsors. He always respected people for the value they added to his life".

The former South African speedster had an inkling about Kallis' mindset while watching him during the last series against Pakistan in the UAE.

"I think Jacques would have thought about it a lot. In the UAE, in the last Test match, there were a few moments, when you watched him that you did get the feeling that something was playing on his mind. The time to go is when you're on top, when people are asking is it the time or is it not. So all credit goes to him".

Pollock feels that a player of Kallis' stature could have continued playing for another season or two had he expressed his desire for doing so.

"If he wanted to play, you'd pick him for the next year or two. I'm just happy that he announced it before this Test match because he's going to get a bit of fuss because that's what is deserved after the effort he's put in".

Finding Kallis' replacement is next to impossible, but Pollock believes that a certain amount of flexibility in the South African set-up might just help them find a better balance instead of trying to find a suitable substitute.

"The key is going to be balance. If you take Jacques out of this line-up, shift all the batsmen up slightly and bring in someone like Ryan McLaren who brings both aspects a bit, and then you have Robin Peterson and Vernon Philander who can also contribute a bit with the bat.

"I think that's the way going for South Africa as you can't keep the licking the wounds for the five years to come," Pollock explained.

"We need to come up with a plan as how we can be successful without Jacques, as he has been a massive influence and he has contributed in all facets. We will have to come up with a plan, there's no doubt about that. He should be missed because of what he has achieved," Pollock signed off.

Comments
Topics mentioned in this article
Cricket India Cricket Team South Africa Cricket Team Jacques Kallis Shaun Pollock South Africa vs India 2013-14
Get the latest Cricket news, check out the India cricket schedule, Cricket live score . Like us on Facebook or follow us on Twitter for more sports updates. You can also download the NDTV Cricket app for Android or iOS.