I would've strangled South African groundsmen for being too kind to India: Geoffrey Boycott 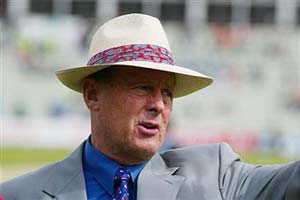 Noted commentator and former England batting great Geoffrey Boycott has slammed the pitches used for the recently concluded South Africa's home Tests against India at Johannesburg and Durban. Boycott, who has shared his residence since 2006 between Jersey and South Africa, has a lot of knowhow on the cricketing surfaces in the Rainbow Nation.

Boycott was perplexed that South Africa failed to beat India 2-0. "Well, South Africa should have beaten India 2-0. The thing is, these were dry, flat pitches. I've never seen them like that for years in South Africa," Boycott told ESPNCricinfo in his column. (Read: Overall series was fantastic, says MS Dhoni)

Such was his critique of the pitches at the Wanderers and Kingsmead that he goes on to say the groundsmen did India a favour by producing flat tracks at home. "Usually there's always a bit of pace and a bit of grass. I would have strangled the groundsmen if I were captain of South Africa. They were too kind to India," he said.

Comments made by the usually outspoken 73-year-old have reportedly sharpened the views of local observers, who feel that the cut-short tour seemed to satisfy the visiting side more than the home team.

Indian batsmen's domination early on in the second Test made Proteas pacemen Morne Morkel think that the playing surface looked more sub-continental than South African. India were well placed at 181 for 1 after a rain-marred Day 1 of the Kingsmead Test.

"I am very surprised with the wicket here. It looks like a sub-continent wicket. It is really dry and a little on the slower side. After the 13th over, the ball looked like it was 60 overs old," Morkel said at the post-day's press conference on December 26. India went on to ultimately lose the second Test by 10 wickets and concede the 2-match series 1-0.

Boycott also had unkind words for the England cricket team who have been outclassed in the ongoing Ashes series. BoycottÂ  said the team's shot selection in the already lost series has been poor. He added that growing following of limited overs cricket, especially T20s has impacted batting in the longest format of the game. "I really think one-day cricket doesn't help youngsters play Test matches. Because from a young age, for the last 15, 20 years, a youngster plays lots of 40-over, 50-over, 20-over slog cricket, and it's become the thing on television," he said.

"Look how big the IPL is, it's huge. So kids want to play this, and from an early age, they're playing crash, bang, wallop. And so when they have to settle down and play over five days and concentrate on their game, I'm afraid it's in their DNA and nature to play all kinds of risky shots, and I see it happen all over the world, it happens a lot," he added.

Comments
Topics mentioned in this article
Cricket South Africa Cricket Team India Cricket Team Geoffrey Boycott South Africa vs India 2013-14
Get the latest updates on Fifa Worldcup 2022 and check out  Fifa World Cup Schedule, Stats and Live Cricket Score. Like us on Facebook or follow us on Twitter for more sports updates. You can also download the NDTV Cricket app for Android or iOS.